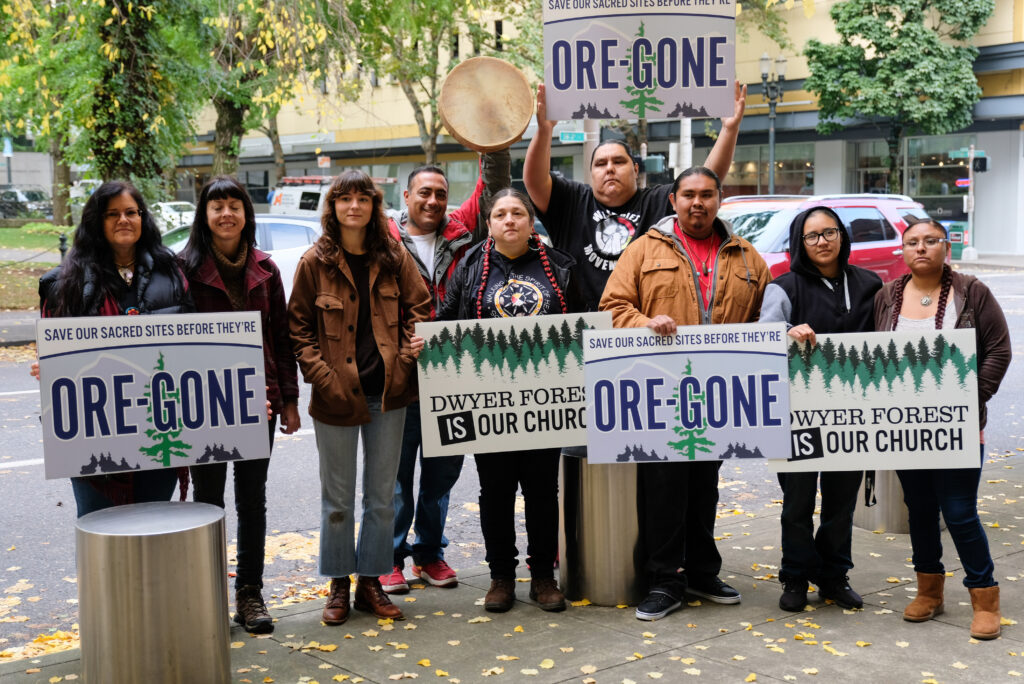 WASHINGTON – Members of the Confederated Tribes and Bands of the Yakama Nation and the Confederated Tribes of Grand Ronde were at the Ninth Circuit Court of Appeals today seeking justice after the United States government bulldozed a sacred site to add a highway turn lane near Mount Hood, Oregon. Members of the tribes had shared their pleas with the government to save the site but were ignored. In today’s Slockish v. U.S. Federal Highway Administration oral argument, Becket asked the court for remedies against this injustice and for protection of the site in the future.

For many worshipers in traditional Native American faiths, religious practice centers on sacred land. In the Mount Hood area, indigenous people have used the land to fish, hunt, gather food and medicine, bury their dead, and perform religious ceremonies for centuries. But in 2008, the U.S. Federal Highway Administration refused to listen to tribal members’ pleas about a small, less-than-one-acre sacred site and chose to demolish it, destroying the ancient sacred stone altar and burying ancestral gravesites to make way for a highway turn lane. Sadly, the government also chose to ignore the numerous alternatives for widening the highway, leaving the other side of the road untouched.

“We have been waiting for over a decade for this injustice to be set right,” said Carol Logan, tribal elder of the Confederated Tribes of Grand Ronde. “It is past time for the court to recognize that without our sacred land, our religious traditions will be lost.”

After failed negotiations for restoration of the site, the tribal members pursued claims in federal court, arguing that the sacred site should have been protected under the Religious Freedom Restoration Act (RFRA), the Free Exercise Clause of the Constitution, and several environmental laws. But even after acknowledging that the destruction of the sacred site would make it impossible for the tribal members to engage in their religious practices, the lower court ruled in February of 2021 that federal law does not prevent the government from destroying Native American sacred sites. Tribal leaders are now asking the Ninth Circuit Court of Appeals to provide justice for the destroyed site and assurances that this will not happen again.

The Ninth Circuit heard oral argument in a similar case, Apache Stronghold v. United States, last month. A group of Apaches and other native and non-native allies are fighting to protect sacred indigenous land in Arizona called Oak Flat from a foreign mining company that will swallow the sacred site in a nearly two-mile-wide, 1,100-foot deep crater. The United States tried to get the case thrown out of court, saying that because the destruction hasn’t occurred yet, the Apaches brought their lawsuit too soon. Ironically, in Slockish, the United States is making the opposite argument, saying that because the site has already been destroyed, the lawsuit should be thrown out as too late. The tribal members are asking the Ninth Circuit to end this injustice to Native American people.

“The government’s priorities were made abundantly clear when they decided to raze a sacred site into oblivion but protected a tattoo parlor on the other side of the highway,” said Joe Davis, counsel for Becket. “Native Americans have faced injustice from the United States government since before our nation’s founding and the discrimination isn’t over yet.”

The tribal members are represented by Becket together with Oregon City attorney James Nicita and Keith Talbot of the Seattle-based law firm, Patterson Buchanan Forbes & Leitch.