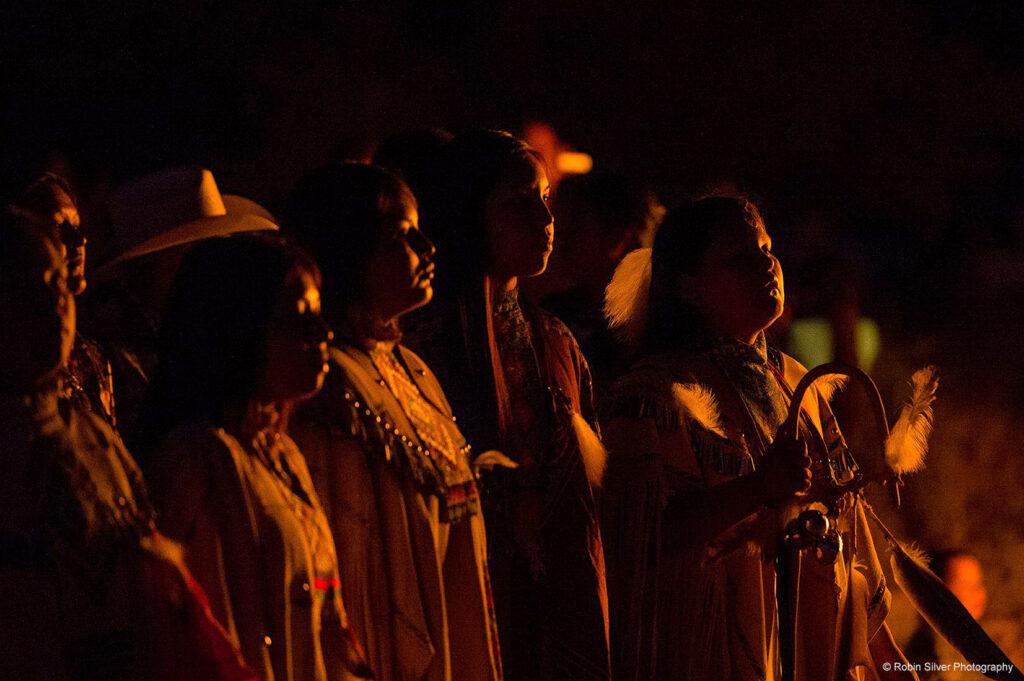 WASHINGTON – Apaches in Arizona filed an emergency appeal yesterday to save their spiritual lifeblood, a sacred site called Oak Flat, from being destroyed by a copper mine that would swallow their holy ground in a 2-mile-wide crater deeper than the Eiffel Tower. If the court doesn’t intervene, the government will turn this historically protected land over to a mining company that can begin the destruction in as few as 15 days.

Long a sacred place for Apaches and other native peoples, Oak Flat (or Chi’chil Bildagoteel in Apache) also contains copper, making it vulnerable to the exploitation of mining companies. Recognizing its responsibility to Native peoples, the federal government has protected the sacred site from mining interests for more than six decades. But in 2014, in a midnight backroom deal, Senator John McCain attached a “rider” to the must-pass National Defense Authorization Act, letting the government transfer the land to Resolution Copper, a foreign-owned mining company. In January 2021, when word leaked that the required environmental study was about to trigger the transfer, Apache Stronghold sued the government to save Oak Flat. But on February 12, 2021, a federal district court ruled that the destruction of their sacred land did not constitute a “substantial burden” on their religious liberty.

Unfortunately, the U.S. government has a history of destroying Apaches’ lives and land for the sake of mining interests. In the 1870s, the government forced the Apache people onto the San Carlos Apache Indian Reservation and authorized miners to take Apache land. Today, although many of their ancestral sacred sites have been destroyed, thousands of Apaches maintain the essential connection to their Creator by worshipping at Oak Flat. At this beautiful, ecologically rich location, Apaches harvest sacred medicinal plants, access sacred springs, and perform essential religious ceremonies, such as the coming-of-age Sunrise Ceremony. These practices must be performed at Oak Flat, which has been recognized by the National Register of Historic Places as a vital sacred site.

“Being driven from our ancestral lands and imprisoned on reservations is still a deep wound borne by the Apache people. Now, the United States government is trying to sell us out again—making way for a foreign company to desecrate our sacred land,” said Dr. Wendsler Nosie, Sr. of Apache Stronghold. “My people are pleading with the court to stop this unconstitutional destruction of native land and preserve Oak Flat so that we can continue taking our children and our grandchildren there to worship and pray.”

Resolution Copper, if given possession of Oak Flat, would completely destroy the sacred land with a 2-mile-wide, 1,100-foot-deep crater in order to access the copper underneath the land. Unless the courts halt the land transfer, Oak Flat will officially change hands as soon as March 11, 2021.

“Our nation has a tragic history of destroying Apache lives and land for the sake of mining interests,” said Luke Goodrich, vice president and senior counsel at Becket. “The very least our legal system can do is ensure that Apache religious practices are treated with the same respect as all other faiths, and that this vital sacred site is preserved for generations to come. The Constitution, not to mention basic human decency, requires no less.”