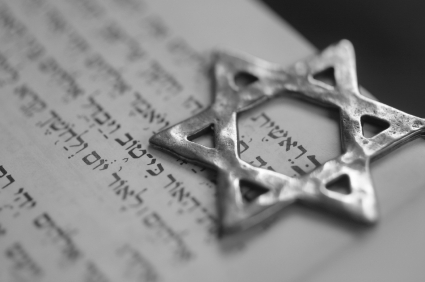 Washington, DC — Today the Eleventh Circuit Court of Appeals granted a major victory to a Jewish prison inmate who is seeking to receive a kosher diet in accordance with his religious beliefs.

“Today’s decision is a great victory for human rights and religious liberty,” said Luke Goodrich, Deputy General Counsel at Becket. “Even prisoners retain basic human rights, and the state cannot sacrifice those rights on the altar of bureaucratic convenience.”

The plaintiff in the case is Bruce Rich, an Orthodox Jewish prison inmate who has been denied kosher food by the Florida Department of Corrections (DOC) for many years. In 2010, he filed a lawsuit alleging that the denial of a kosher diet violates the Religious Land Use and Institutionalized Persons Act of 2000, because it forces Mr. Rich to choose between his religious practice and adequate nutrition. A federal district court dismissed his lawsuit in 2012, but Becket took on the case free of charge and filed an appeal.

“Prisoners surrender many of their physical rights at the jailhouse door, but they do not surrender the fundamental right of conscience,” said Luke Goodrich, Deputy General Counsel at Becket. “Bureaucratic stubbornness should not prevent a handful of prisoners from peacefully following the centuries-old commands of Judaism.”

In the appeal, the DOC argued that denying a kosher diet was necessary in order to control costs and maintain security. However, the Eleventh Circuit ruled that “the evidence submitted by the [DOC] on summary judgment in support of its position is insubstantial.” Moreover, at least thirty-five states and the federal government currently provide kosher diets without problems of cost or security. In light of this evidence, the Eleventh Circuit held that the DOC made only “meager efforts to explain why Florida’s prisons are so different from the penal institutions that now provide kosher meals such that the plans adopted by those other institutions would not work in Florida.”

The case will now be remanded to federal district court for further proceedings. At the same time, the DOC is facing a parallel lawsuit by the United States Department of Justice over the same policy of denying kosher food.

At issue in both cases is the scope of the Religious Land Use and Institutionalized Persons Act of 2000 (RLUIPA), a federal civil rights law that was passed unanimously by Congress and signed into law by President Bill Clinton. The law protects both the religious exercise of prisoners, and the freedom of religious organizations to use land for religious purposes. Becket filed the nation’s first lawsuit under RLUIPA, and has been involved in hundreds of RLUIPA lawsuits since then—including scores of lawsuits protecting churches, and two lawsuits that forced prison systems in Georgia and Texas to begin providing kosher diets.