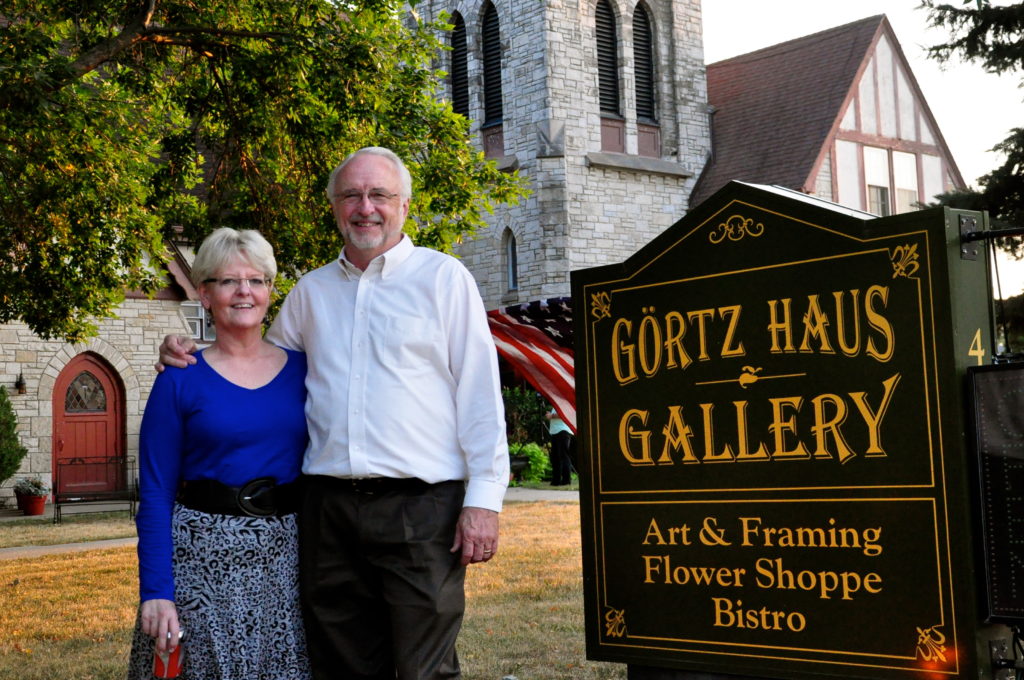 Des Moines, IA – Yesterday Becket filed a lawsuit in Iowa state court, seeking protection for Betty and Richard Odgaard (see video), a Mennonite couple, from being forced to facilitate a religious ceremony against their religious convictions.    Betty and Richard personally own and operate the Görtz Haus Gallery, a 77-year-old-church-building-turned-art gallery.   After declining a request to plan, facilitate, and host a ceremony that ran counter to their beliefs, they faced punitive action before the Iowa Civil Rights Commission.

“Iowa is a great champion of individual freedom,” said Emily Hardman with Becket.  “Every Iowan should be concerned that bureaucrats are forcing Betty and Richard to personally host a religious ceremony against their religious convictions.”

Betty Odgaard was born and raised a Mennonite—her father was a Mennonite minister and she played music for her church growing up. When she and her husband founded the Görtz Haus Gallery (Görtz is Betty’s maiden name), they made sure to keep the old church elements, such as the stained glass windows depicting Biblical images. With its religious decorations and architectural elements, the Gallery has served as a place to express the Odgaards’ faith for over a decade. One of their favorite ways to do that is hosting wedding ceremonies in the old church’s sanctuary. They personally help plan and host every wedding, and are both at the Gallery from morning until night for each wedding ceremony.

But after privately declining to personally plan, host, and facilitate a same-sex wedding ceremony because doing so would run counter to their beliefs, they faced punitive action by the Iowa Civil Rights Commission.

“We hire and serve gays and lesbians, and have close friends who are gays and lesbians,” said Betty Odgaard.  “And we respect that good people disagree with our religious conviction against hosting a ceremony that violates our faith. We simply ask that the government not force us to abandon our faith or punish us for it.”

Becket is a non-profit religious liberty law firm that defends the free expression of all faiths.   Our clients have included Buddhists, Christians, Hindus, Jews, Muslims, Sikhs, Zoroastrians and many others.  We protect religious liberty for all of our clients, including those who support same-sex marriage and those who oppose it. The Becket Fund takes no position on the issue of same-sex marriage as such, but believes that where same-sex marriage is legally recognized, individuals or communities whose religious convictions forbid them from participating in such marriages should not be forced to do so.  People on all sides of the issue must remain free to express their religious beliefs.