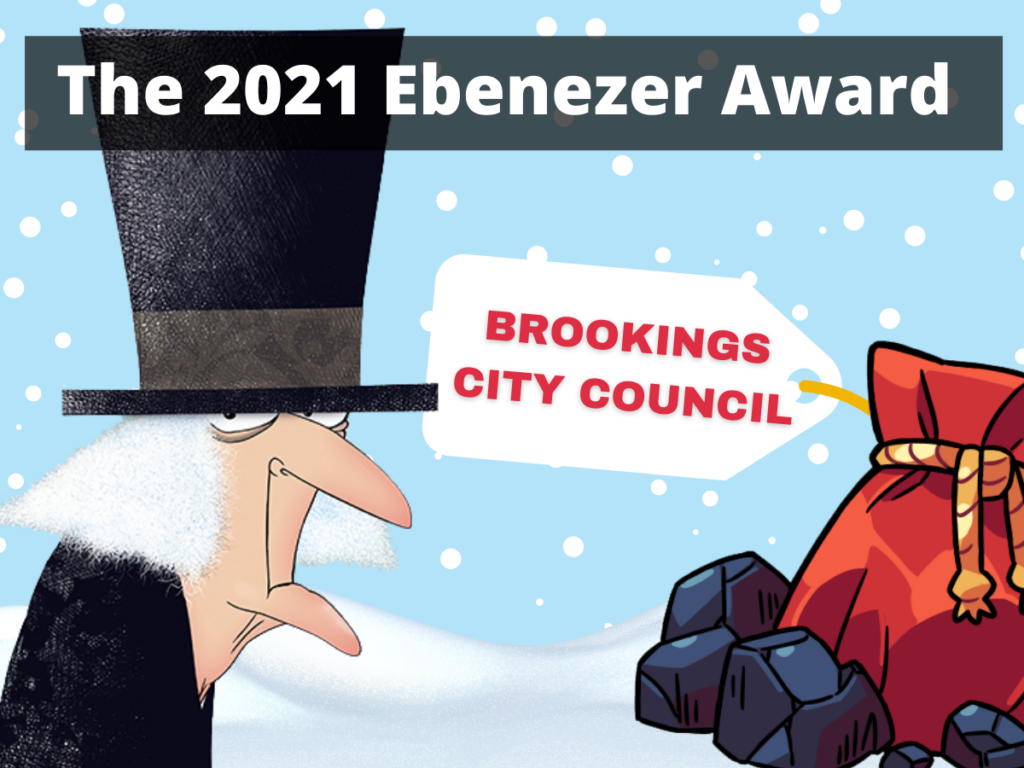 WASHINGTON – The most outrageous offender of this year’s Christmas and Hanukah season and Becket’s 2021 Ebenezer Award winner is the Brookings, Oregon City Council for restricting church efforts to feed the homeless. An ordinance passed in late October by the council has severely restricted area ministries like St. Timothy’s Episcopal Church from feeding the city’s rapidly growing homeless population.

The ordinance was passed after some city residents complained about safety issues during the hours church ministries were operating their soup kitchens. But the new regulation doesn’t resolve any safety concerns and instead cuts St. Timothy’s food ministry from four days a week to just two. St. Timothy’s Rev. Bernie Lindley calls the ordinance unjust, noting that it solves nothing and prevents his ministry from doing the Lord’s work of serving the least among us.

“Feeding hungry people is at the core of what our church believes Jesus calls us to do,” said Reverend Bernie Lindley, vicar of St. Timothy’s Episcopal Church. “We do not see how a municipality can interfere with that mission without violating our constitutional right to freely practice our faith.”

Like many cities on the West Coast, Brookings is grappling with a surge in homelessness following months of lockdowns and isolation aggravated by the COVID pandemic. Church ministries that provide critical care to the homeless are essential in Brookings, because the city doesn’t provide homeless services and the county doesn’t have shelters to help keep the homeless warm and indoors during the cold winter months. Churches like St. Timothy’s are happy to step in to provide care and resources that the city is incapable of providing.

Reverend Lindley isn’t complying with the ordinance and plans to continue to feed the homeless — on the church ministry’s schedule — throughout the Christmas season.

“Lockdowns and isolation have caused a surge in homelessness across the country, and church ministries should be supported for the work they are doing to help restore human dignity to the most vulnerable,” said Montse Alvarado, Becket’s vice president and executive director. “I applaud St. Timothy’s for not backing down to the whims of government bureaucrats and continuing to do what religious ministries all around this country do best in times of adversity– serve.”

Each year the Christmas and Hanukkah season inspires a slew of outrageous offenses against the free exercise of religion. At Becket, we do Santa’s dirty work for him, delivering a lump of coal as an acknowledgment of scroogery on a grand scale. Previous Ebenezer Award winners include Freedom from the Religious Foundation for stealing presents from children, the Dunwoody, Georgia City Counsel which banned all religious symbols in response to an email from a disgruntled citizen, and the Department of Veteran Affairs, which banned employees at its Salem, Virginia facility from saying “Merry Christmas” to veterans. (See list of previous winners).

Finally, this year’s Eggnog Toast, given to an individual or group who has shown persistence in the face of adversity – or even offered an exception to a long-standing rule, goes to Michigan State University for allowing menorah lightings in its residence halls during Hanukkah for the first time. We salute the University for making an exception to its candle ban in residence halls so that Jewish students could fully celebrate the Hanukkah season without leaving their dorms!

Becket wishes everyone a Merry Christmas, a Happy Hanukkah, and a joyous New Year!