Homeland Security admits it got it wrong on religious freedom 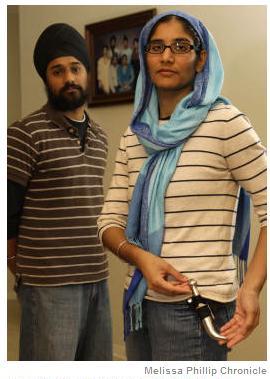 Tomorrow the Fifth Circuit Court of Appeals in New Orleans will hear a major case concerning the clash between religious liberty and federal security policies. The case concerns Kawaljeet Tagore, an IRS accountant who was fired because she wore a kirpan to work after she underwent Sikh baptism. The kirpan is a Sikh article of faith similar to a short knife that baptized Sikhs must wear at all times; Ms. Tagore’s kirpan was similar to a small butter knife both in size and sharpness. An arm of the Department of Homeland Security, the Federal Protective Service (FPS) said Ms. Tagore could not enter the federal building in downtown Houston because she was wearing the kirpan. She refused to take it off in accordance with the beliefs of Sikhism and was then fired by her employer the IRS.

The worst thing about the case is that FPS allows all kinds of far sharper knives into the Houston federal building, including cake knives, box cutters, and very sharp maintenance tools. In essence FPS and the IRS are saying that having cake at employee birthday parties is more important than the First Amendment right to exercise one’s religion. That stands American values on their head.

The remarkable development in the past week is that the feds are now *admitting* that they got it wrong all along. In the runup to their day in court, the feds revealed a new policy that had apparently been in the works for months: not only will there be no categorical ban on religious items like Ms. Tagore’s kirpan, but FPS also has to make an extra effort to allow in religious items that pose no danger to federal buildings. This new policy was embodied in a FPS Directive that went into effect last year but was kept under seal at the government’s request until days ago. The policy contains specific provisions to deal with Sikh religious objects, but it is designed to accommodate *all* religious groups who do not want to give up their religious identity when they walk through the door of a federal building. In short, Ms. Tagore — whose lawsuit surely led to the issuance of the Directive — has already won a major victory for the religious freedom of not just Sikhs, but believers of all faiths.

The Fifth Circuit appeal will be argued by Scott Newar, a prominent Houston civil rights attorney who has been co-counsel with the Becket Fund and the Sikh Coalition in representing Ms. Tagore. People of good will of all faiths should support Ms. Tagore’s effort to vindicate her rights as an American citizen. Here’s hoping the Fifth Circuit does too.