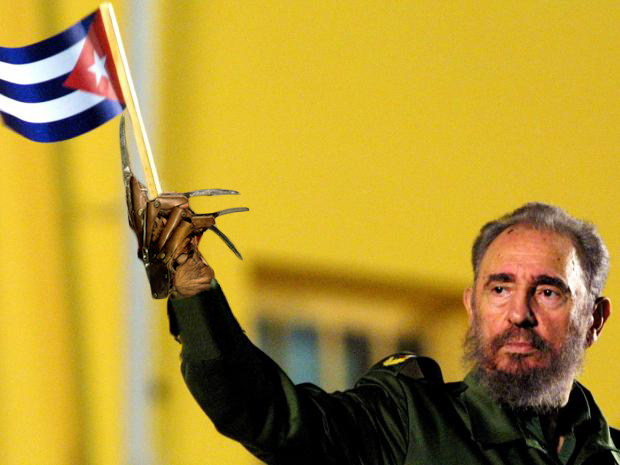 Following the death of Fidel Castro last week, the regime announced a nine-day period of mourning that included a ban on all public activities, alcohol, celebrations, alternate television or radio programming, as well as four days of parading his cremated remains around the country. And earlier this week the U.S. announced it would send diplomats to the funeral.

“Fidel Castro executed, incarcerated and tortured tens of thousands of Cubans. It is a travesty that we are paying our respects by sending diplomats to his funeral,” said Cuban American Kristina Arriaga, the executive director of Becket, a law firm that defends religious liberty domestically and abroad. “The only person we needed to send to Cuba was someone to confirm he is really dead.”

The U.S. decision to send diplomats angered many Cuban Americans who are in exile because Castro was a ruthless dictator who, for the past 50 years, regularly tortured, beat, and killed anyone who opposed him, including people of all faiths.

“It doesn’t matter who supports Fidel today, history will condemn him for his crimes just as history condemns Hitler and Stalin,” said former Cuban political prisoner Armando Valladares, a New York Times bestselling author, poet and Becket’s 2015 Canterbury Medal winner, who spent 22 years in Castro’s gulags for refusing to place a sign on his desk that read: “I am with Fidel” (watch a video of his experience).

“Cuban dissidents live the life Marti describes in his famous verses, ‘Day and night I always dream with open eyes,’ except they instead ‘nightmare’ with open eyes,” added Arriaga, who was also a former adviser to the U.S. delegation to the UN Human Rights Commission.“Fidel Castro was a real-life Freddy Krueger to the Cuban people.”