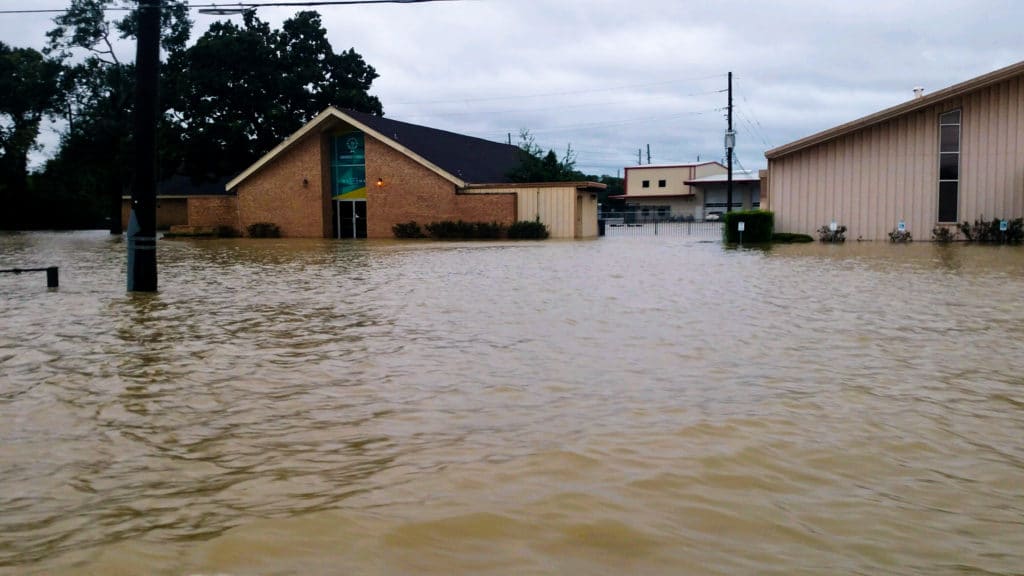 WASHINGTON, D.C. – Today, the Trump administration submitted a proposed disaster relief aid package calling for Congress to pass legislation that would erase a decades-old FEMA policy that discriminates against houses of worship. The proposed change comes one week after a Houston federal judge set a December 1 deadline for FEMA to change its position on its policy. The court deadline arose in Harvest Family Church v. FEMA, a lawsuit by three Texas churches asking for equal access to disaster aid relief. While the Administration’s proposed change is welcome, without quick action from Congress, it cannot help houses of worship that are suffering discrimination as they try to rebuild.

The three churches – Harvest Family Church, Hi-Way Tabernacle, and Rockport First Assembly of God –sued FEMA in September because of the agency’s policy excluding houses of worship. The churches’ effort to end the discriminatory policy received broad support, including from the Chicago Tribune’s editorial board, members of the Congressional Black Caucus, a Houston synagogue, and the Archdiocese of Galveston-Houston. A vote on this issue in the U.S. House of Representatives four years ago received overwhelming bipartisan support, 354-72. But FEMA has steadfastly refused to end its policy, and has enforced it in the wake of disasters like Superstorm Sandy and Hurricane Katrina to deny aid to houses of worship, all while providing aid to private nonprofits such as zoos and community centers. If Congress accepts the administration’s urging, it would give houses of worship equal access to disaster relief grants.

“It’s about time. Hurricanes, tornadoes, and forest fires don’t discriminate in who they harm—FEMA never should have discriminated in who it helped,” said Daniel Blomberg, counsel at Becket, the non-profit religious liberty law firm that represents the churches. “Adopting the administration’s fix would be a big step in the right direction. But the fix will come too late for many houses of worship, especially with application deadlines looming and critical disaster repair ongoing. At this point, a judicial ruling is still urgently needed.”

Judge Keith Ellison heard arguments in the case on Tuesday, Nov. 7. Three days later he denied a request by Department of Justice lawyers to delay the case and gave FEMA a December 1 deadline to change its position or he would issue a ruling. In his opinion, the judge recognizes that the churches’ challenge is a “First Amendment case,” that the churches here have suffered “significant damage,” and that FEMA’s exclusionary policy is “fraught” with constitutional issues. Houses of worship were among the first to respond in Harvey’s aftermath and they continue to provide aid to their communities.