Fact-Checking the White House: False Claims About the HHS Mandate Because the truth isn’t always convenient 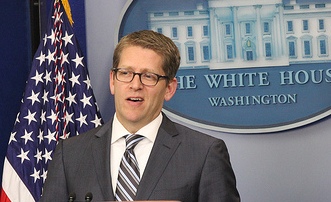 False White House Claim #1: “28 states — more than half — 28 states in the country have laws with contraception coverage mandates.”

Truth: This is not a true comparison because the state mandates are for the most part insurer mandates, not employer mandates. Moreover, the federal contraceptive mandate is unquestionably broader in scope and narrower in its exemption than all of the 28 states’ comparable laws. Religious organizations in states with a mandate—even those where there is no express exemption—may opt out by simply self-insuring, dropping prescription drug coverage, or offering ERISA plans. The federal mandate permits none of these alternatives, and therefore is much less protective of religious liberty than any of the states’ policies.

False White House Claim #2: “Churches and other houses of worship will be exempt from the requirement to offer insurance that covers contraception.”

Truth: This is at most true only of churches that (1) primarily employ people of their own faith; (2) primarily serve people of their own faith; (3) qualify under Section 6033 of the Internal Revenue Code as a “church”; and (4) have as their “purpose” the inculcation of religious belief. Even then, these churches only “may” be exempted. Thus churches that view their “purpose” as doing unto others as they would have done unto them won’t qualify. And of course this claim avoids the elephant in the room: religious organizations that aren’t houses of worship — like thousands of hospitals, colleges, universities, religious schools, soup kitchens, charities, and others — get absolutely no protection under the White House’s rule.

Truth: North Carolina’s religious exemption applies to any religious non-profit, not just houses of worship, does not require churches to serve only co-religionists, and does not require that “the” purpose of the non-profit be inculcation of religious values. California’s and New York’s exemptions are similar to the federal mandate, but even they do not include the “may” provision that the federal mandate does.

False White House Claim #4: “Some States like Colorado, Georgia and Wisconsin have no exemption at all.”

Truth: Even in states without a written religious exemption to a contraceptive mandate, there are broad de facto exemptions for those who self-insure or use ERISA plans. The HHS mandate contains neither of those exemptions.

False White House Claim #5: “Drugs that cause abortion are not covered by this policy.”

Truth: Drugs that prevent implantation of a fertilized egg, such as Plan B (the “morning-after pill”) and ella (the “week-after pill”) are covered by the policy. The White House claims that “abortion” can happen only after implantation, but the White House’s beliefs about when an abortion can occur are irrelevant–most Christian denominations in the country, including the Roman Catholic Church, believe that taking drugs to prevent implantation is an immoral abortion. And it is that immoral activity that they have an objection to. Semantic games by the White House will not remove the problem.

Becket is the first and only law firm to legally challenge the Obama Administration’s contraceptive mandate.  This controversial rule requires religious institutions, in violation of their conscience, to pay for contraceptive drugs—including those that could cause an abortion.   The mandate was issued in August 2011, and the Becket Fund quickly raised the alarm by suing on behalf of both Belmont Abbey College, a Catholic liberal arts college founded by Benedictine monks, and Colorado Christian University, an Evangelical Christian college located outside of Denver.  Visit becketlaw.org for more information.