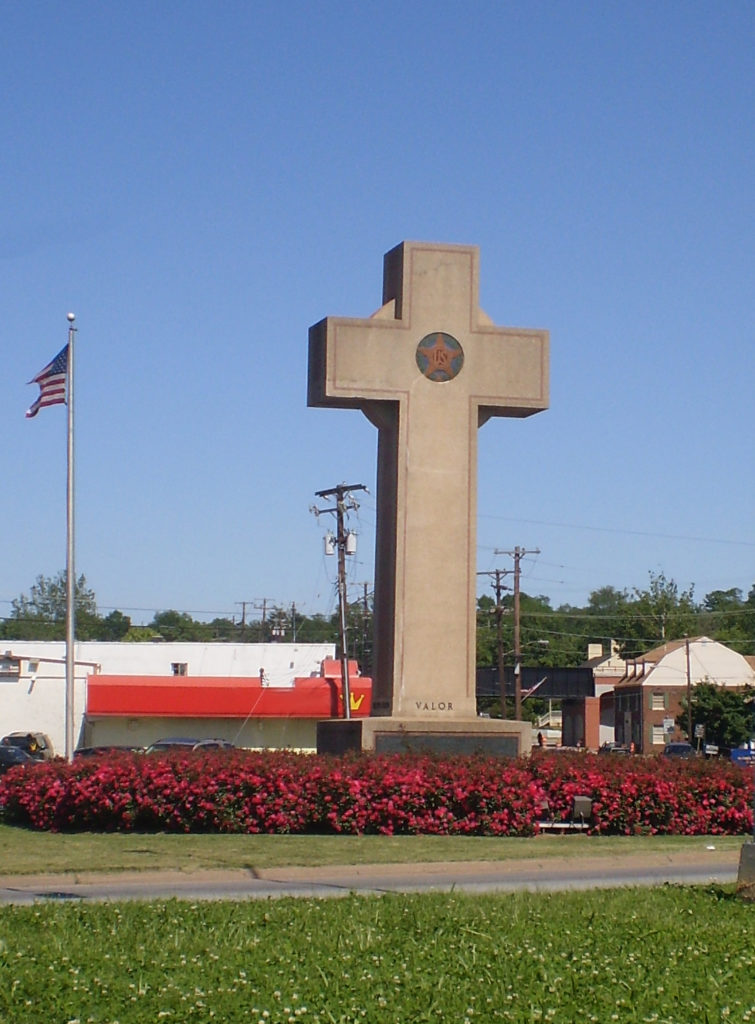 WASHINGTON, D.C. –For 90 years, a war memorial in Bladensburg, Maryland has reminded passersby of the ultimate sacrifice made by local soldiers in World War I. Yet today the ironically-named American Humanist Association argued in federal court in Richmond, Virginia, that the memorial honoring fallen soldiers must be torn down because it includes a cross.

Known locally as the Peace Cross, the memorial was erected in 1925 on private land with funds raised by the American Legion. It was designed by mothers of local soldiers who died in the war. They modeled the cross after those memorialized in the celebrated poem “In Flanders Fields” that stood “row on row” to “mark [the] place” where their sons lay. The memorial was intended to serve as a memorial gravesite for all families who would never see their sons again. Today the Peace Cross stands among a number of other World War I memorials and is owned by the Maryland-National Capital Park and Planning Commission as a historic site.

“Talk about ingratitude,” said Eric Rassbach, deputy general counsel of Becket, which filed a friend-of-the-court brief with Sidley Austin LLP defending the memorial. “The American Humanist Association wants to scrub the names of these men and the blood that they spilled in defense of our freedoms out of the historical record. What’s next? Airbrushing the word “God” out of the Declaration of Independence and the Gettysburg Address? The American Humanist Association’s position is anti-historical, anti-veteran, and anti-humanist.”

The Association claims that the Peace Cross violates the First Amendment as an establishment of religion, but mere disagreement with something one sees should not be confused with forbidden religious coercion. The cross is an internationally recognized symbol of sacrifice and loss, especially associated with World War I. And while some Americans may attribute religious meaning to any cross they see, the Constitution does not demand that the government agree. More importantly, church-state separation does not require religion to be stripped from our nation’s history and culture.

“It is said that those who don’t know history are doomed to repeat it,” said Rassbach. “The American Humanist Association’s crusade against war memorials will leave future generations ignorant of the profound human cost of war. It is a discredit to patriotic humanists.”

The American Legion is represented in the case by First Liberty Institute of Plano, Texas and the Jones Day law firm.

For more information or to arrange an interview with a Becket attorney, please contact Melinda  Skea  at  media@becketlaw.org  or 202-349-7224.  Interviews can be arranged in English, Chinese, French, German, Portuguese, Russian, and Spanish.