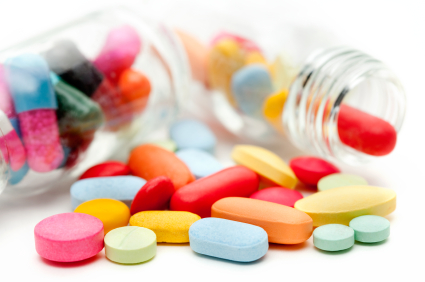 Today, religious liberty gained a resounding victory. A federal court in Tacoma, Washington, struck down a Washington law that requires pharmacists to dispense the morning-after pill even when doing so would violate their religious beliefs. The court held that the law violates the First Amendment right to free exercise of religion.

“Today’s decision sends a very clear message: No individual can be forced out of her profession solely because of her religious beliefs,” said Luke Goodrich, Deputy National Litigation Director at Becket Law. Becket, together with the Seattle-based law firm of Ellis, Li & McKinstry, represents the plaintiffs in the case. “If the state allows pharmacies to refer patients elsewhere for economic, business, and convenience reasons, it has to allow them to refer for reasons of conscience,” added Mr. Goodrich.

The plaintiffs in the case are a family-owned pharmacy (Ralph’s Thriftway) and two individual pharmacists (Margo Thelen and Rhonda Mesler) who cannot in good conscience dispense Plan B (“the morning-after pill”) or ella (“the week-after pill”). These individuals believe that human life begins at the moment of fertilization, and that these drugs destroy human life because they can operate by destroying a fertilized egg, or embryo. Rather than dispensing those drugs, they refer patients to one of dozens of nearby pharmacies that stock and dispense them.

In 2007, the Washington State Board of Pharmacy passed new regulations making it illegal to refer patients to neighboring pharmacies for reasons of conscience, despite allowing them to refer patients elsewhere for a wide variety of business, economic, or convenience reasons.  Because of the regulations, Margo Thelen lost her job; Rhonda Mesler was told she would have to transfer to another state; and Kevin Stormans, the owner of Ralph’s Thriftway, faced repeated investigations and threats of punishment from the State Board of Pharmacy.

“The Board of Pharmacy’s 2007 rules are not neutral, and they are not generally applicable,” the Court explained. “They were designed instead to force religious objectors to dispense Plan B, and they sought to do so despite the fact that refusals to deliver for all sorts of secular reasons were permitted.”

Judge Leighton was appointed to the court in 2002. In September 2010, he struck down the military’s “Don’t Ask Don’t Tell” policy and became the first judge in the country to order an openly gay service member to be reinstated in the military. The ruling was widely hailed by the ACLU and other gay-rights advocates.

“I’m just thrilled that the court ruled to protect our constitutional right of conscience,” said Ms. Thelen, who has served as a pharmacist for 39 years. “I was forced to leave a job I loved simply because of my deeply held religious convictions.”

The Washington regulations were passed under a cloud of controversy. In 2006, the State Board of Pharmacy unanimously voted to support a rule protecting pharmacists’ right of conscience. But when Governor Christine Gregoire learned of the vote, she publicly threatened to fire the Board’s members, replaced several Board members with candidates screened by Planned Parenthood, and personally joined in a boycott of Ralph’s Thriftway.

Planned Parenthood then drafted a new version of the regulations, which the Board adopted under pressure from the Governor. The regulations prohibit pharmacies from declining to dispense Plan B for reasons of conscience—even though the Board found no evidence that anyone in the State had ever been unable to obtain Plan B (or any other time-sensitive medication) in a timely fashion because of religious objections.

“The Board’s regulations have been aimed at Plan B and conscientious objections from their inception,” the court explained. “Indeed, Plaintiffs have presented reams of [internal government documents] demonstrating that the predominant purpose of the rule was to stamp out the right to refuse [for religious reasons].”

Washington is one of only two or three states in the country that requires pharmacies to stock and dispense emergency contraception in violation of conscience. One of the other states, Illinois, recently had its regulations, which are modeled on Washington’s, struck down as unconstitutional in a challenge brought by Becket attorney Mark Rienzi.

Becket Law is a non-profit, public-interest law firm dedicated to protecting the free expression of all religious traditions. The Becket Fund has a 17-year history of defending religious liberty for people of all faiths. Its attorneys are recognized as experts in the field of church-state law, and they recently won a 9-0 victory at the U.S. Supreme Court in Hosanna-Tabor v. EEOC, which The Wall Street Journal called one of “the most important religious liberty cases in a half century.”