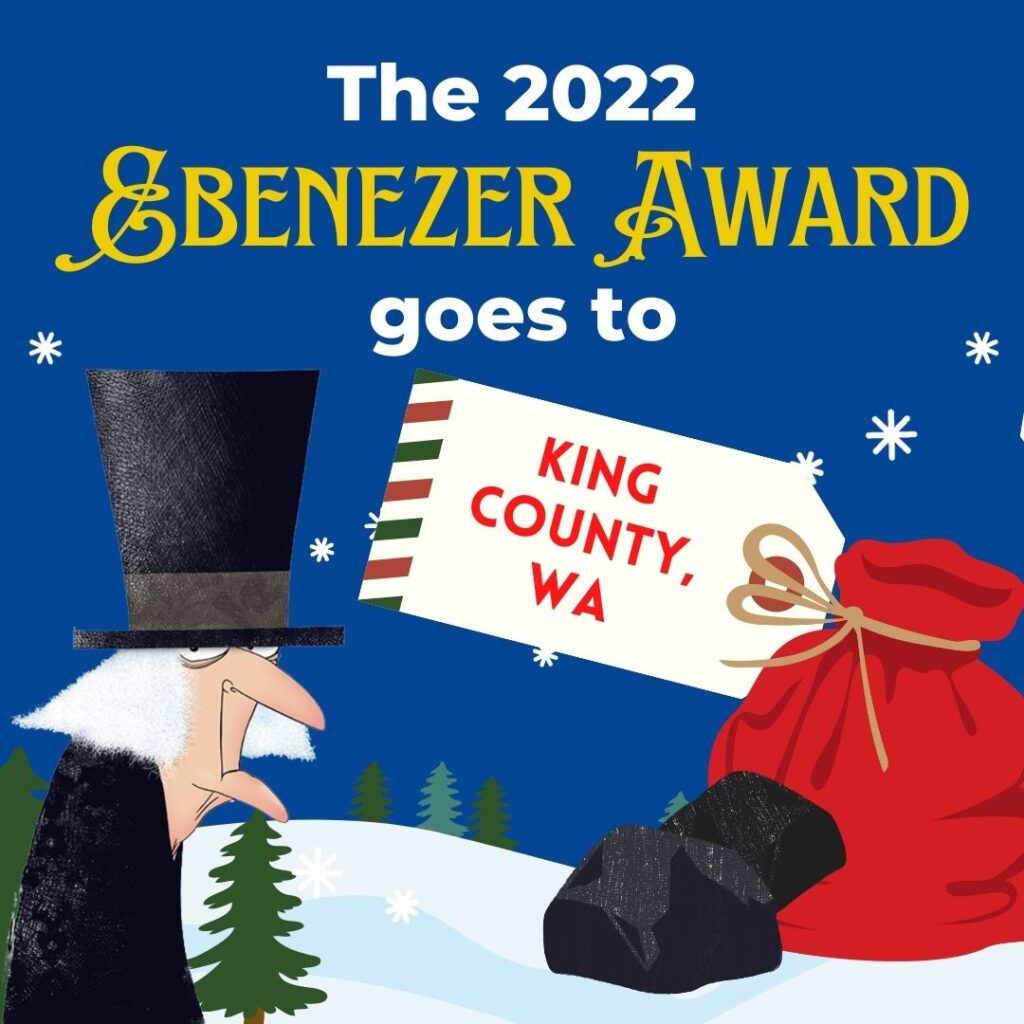 WASHINGTON – The most outrageous offender of this year’s Christmas and Hanukkah season and Becket’s 2022 Ebenezer Award winner is King County, Washington, for banning holiday decorations in employee video backgrounds. In a memo sent last month, the county’s Department of Human Resources told employees that they should not display nativity sets, menorahs and other religious holiday displays because they could be offensive to their colleagues.

The announcement, entitled “Guidelines for Holiday Decorations for King County Employees” told county employees that religious symbols could not appear in their video backgrounds. While images of snowflakes, wreaths, and pine trees are still permissible, the grinch-like King County HR department has made it its mission to erase religious emblems from the online workplace this holiday season.

King County’s rationale for banning religious symbols—that it might offend coworkers—also conflicts with Becket’s latest findings in our Religious Freedom Index. Overall, we found that 85 percent of Americans support the freedom to express or share religious beliefs with others, which would certainly include displaying a nativity scene or menorah in someone’s video background.

“Religious employees of King County will likely feel like the ransacked residents of Whoville this Christmas and Hanukkah season,” said Montse Alvarado, COO and executive director of Becket. “The government has no right to rob its employees of holiday cheer by forcing them take down their nativity sets and menorahs, particularly in their own homes.”

Each year the Christmas and Hanukkah season inspires a slew of outrageous offenses against the free exercise of religion. At Becket, we do Santa’s dirty work for him, delivering a lump of coal as an acknowledgment of scroogery on a grand scale. Previous Ebenezer Award winners include the American Humanist Association, which tried to stop schools from sending care packages to children in need; the Department of Veteran Affairs, which banned employees at its Salem, Virginia facility from saying “Merry Christmas” to veterans; and the University of Minnesota, which two years ago banned from campus holiday colors, Santas, bows, dreidels, and even wrapped presents. (See list of previous winners).

Finally, this year’s Eggnog Toast, given to an individual or group who avoided a visit from the Ghost of Christmas Yet to Come, goes to the Dedham public library in Massachusetts. After news broke that the Dedham library refused to display a Christmas tree because it made people feel “uncomfortable,” the library reversed itself and ensured distraught residents that a tree would be on display soon. Although library officials initially erred in their judgement, we salute them for turning their hearts back towards holiday cheer!

“This is the time of year that Americans ought to come together in the spirit of Christmas to support one another and spread joy and hope,” said Alvarado. “But as always, there are bureaucrats like those in King County that scrub religion out of the holiday season. Let’s hope their hearts grow a few sizes this Christmas.”

Becket wishes everyone a Merry Christmas, a Happy Hanukkah, and a joyous New Year!