Becket to Texas School: Stop bullying boys for their faith Texas school bans two boys from sports and clubs unless they cut their sacred braids 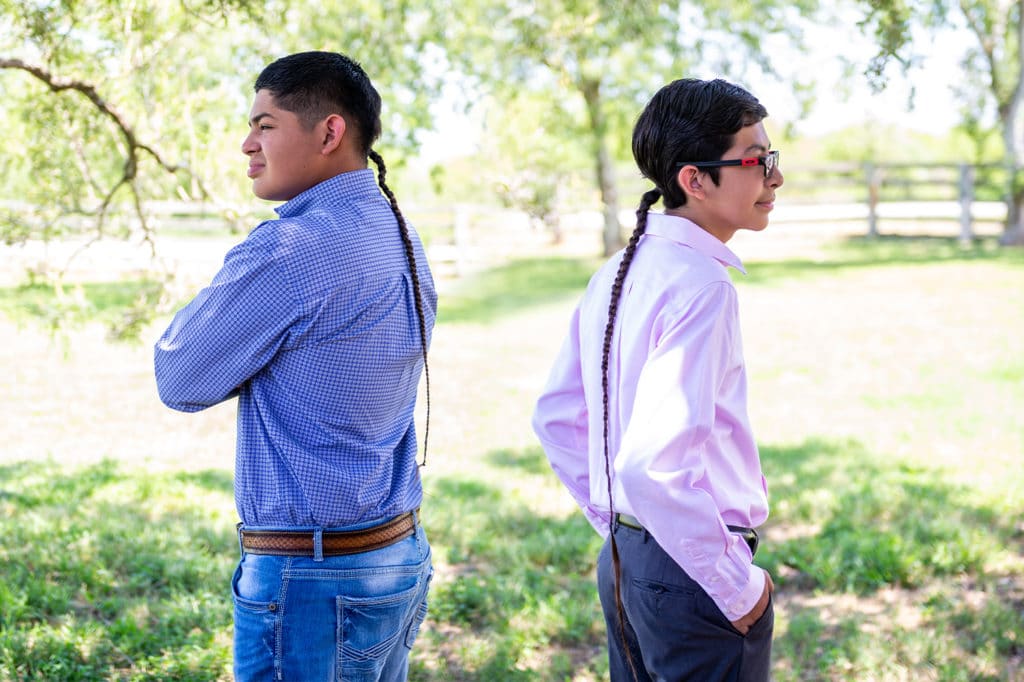 WASHINGTON – A Catholic family in Texas is suing their school district to allow their children to participate in sports and other afterschool activities while keeping a small strand of their hair uncut and braided as a promise to God. In a letter sent to Mathis Independent School Board today, Becket warned the school that it “will lose hundreds of thousands of dollars if it does not respect these students’ rights” and gave the school until August 12—when the children will start missing afterschool activities again—to settle the case.

When they entered seventh grade in 2017 at Mathis Middle School, in Texas, Cesar and Diego Gonzales were told that they would no longer be allowed to leave a small part of their hair uncut, a religious promise they have kept since infancy. Because of their religious promise the boys were banned from all University Interscholastic League (UIL) interschool competition in sports and clubs. Cesar has been banned for two years from playing on the football team and Diego has been forbidden from off-campus trips with the student council and the art and computer programming clubs. The school’s coaching staff told Cesar, “All it takes is a quick snip of the scissors for you to get your football equipment.”

“A religious promise to keep a small strand of uncut hair shouldn’t ban school children from catching touchdowns or participating in student council meetings,” said Montse Alvarado, executive director of Becket. “The school board should give these boys a chance to be active in the sports and clubs they love—not only because the school would lose miserably in court, but because it is the right thing to do.”

When Cesar was an infant, he contracted a serious illness, and Pedro and Belen Gonzales made a promise to God never to cut a small strand of their son’s hair if he was healed. The family has kept this deeply personal religious promise ever since, and their sons have adopted the religious promise as their own. Although the school’s dress code forbids male students from having hair past the collar, the school district granted an exemption to the boys from kindergarten through sixth grade, and they participated in school activities with no problem. The Texas Association of School Boards also instructs school districts that they “must accommodate requests for exceptions [from grooming codes] based on a student or parent’s sincerely held religious belief.” But starting in seventh grade, they have been banned from all University Interscholastic League (UIL) interschool competition in sports and clubs.

“In this day and age, a school should be warm and welcoming toward students of diverse beliefs,” said Alvarado. “But instead these boys have been needlessly traumatized and targeted by the very teachers who should protect them from this kind of bullying.”

The letter informed the school district that if they do not reach a settlement with the Gonzales family by August 12, Becket is prepared to intervene and defend Cesar and Diego’s right to learn and play alongside their classmates. The Gonzales family is represented by attorney Frank Rey Gonzales of Corpus Christi, Texas.