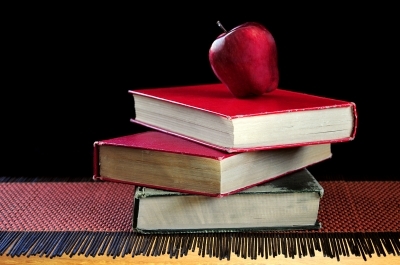 Washington, DC – Change is coming to public schools across the country, but teachers’ unions and other vested interests are fighting a furious rearguard action against it, and using 19th Century anti-Catholic laws to do it. That’s why Becket has just filed a friend-of-the-court brief combating the notoriously anti-religious legislation formed at keeping Catholics, Jews, and others out.

“These discriminatory laws must be stopped,” says Becket Deputy General Counsel Eric Rassbach, “If they don’t end in Indiana, a terrible precedent will be set for the entire nation.”

Last year Indiana enacted a comprehensive statewide school choice program called the Choice Scholarship Program. The law will help families of lesser means send their children to private schools of their choice and avoid failing public schools. However, teacher’s unions are adamantly opposed to providing scholarships to poor children and have sued to try and stop the program from going into effect. Their reasoning? Because some families may decide–of their own free will–to send their children to a private religious school, they say the program violates the Indiana Constitution’s prohibition on “aid” to religious schools. The plaintiffs lost in the trial court and now the Indiana Supreme Court has agreed to hear the case.

On Wednesday, Becket filed a friend-of-the-court brief in the Indiana Supreme Court arguing that the Indiana state constitutional provision at issue should not be interpreted to shut down the Choice Scholarship Program. Becket’s brief argues that Article 1, Section 6 was adopted in a time of anti-Catholic agitation, just before the notoriously anti-Catholic Know-Nothing Party came to power in the Indiana Legislature. The section was therefore custom-designed to promote Protestant “common schools” and keep out Catholics, Jews, and others. Because of its bigoted origins, Article 1, Section 6 is tainted law and cannot be used to shut down the Choice Scholarship Program. Becket filed the brief with co-counsel Kevin Koons of Kroger, Gardis & Regas in Indianapolis.

“Apparently it isn’t enough that the teachers’ unions want to deny a future to the children of Indiana, they also want to take us back to the bad old days when anti-Catholics ran the Indiana public schools,” says Rassbach. “Kids who attend religious schools should be able to apply for state scholarships on the same terms as everyone else, not sent to the back of the bus.”

Becket is a non-profit, public-interest law firm dedicated to protecting the free expression of all religious traditions. Becket has a 17-year history of defending religious liberty for people of all faiths. Its attorneys are recognized as experts in the field of church-state law, and they recently won a 9-0 victory against the federal government at the U.S. Supreme Court in Hosanna-Tabor v. EEOC.