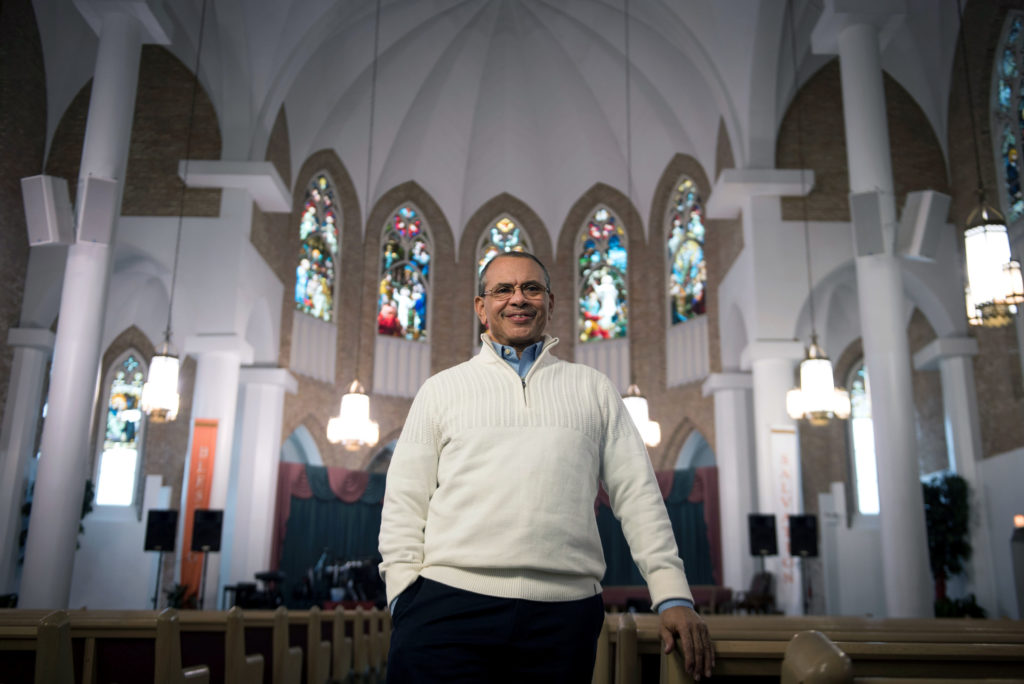 WASHINGTON, D.C. – Thanks to a new court order, Bishop Ed Peecher, a South Side, Chicago-based pastor, along with other religious leaders and churches will join the fight against the atheist group Freedom From Religion Foundation, which is suing the government to prevent churches from providing employee housing benefits available to other non-profit organizations and businesses. The court stated, “No other group of people has the potential to be more significantly affected by this case than ministers such as the proposed intervenors and those they represent.”

The founder of a predominantly African American congregation, Bishop Peecher devotes his life to serving his community in order to decrease gang violence, mentor at-risk youth, and feed and clothe the homeless in Chicago’s poorest neighborhoods. This work is possible because the church supports Bishop Peecher through a small housing allowance, called a parsonage allowance, permitting him to focus on and live just minutes from his congregation and the surrounding communities in need.

“My life’s mission is to care for my flock, which includes our congregation, the community, and all those in need,” said Bishop Ed Peecher of the Chicago Embassy Church. “I could not do this without the support of my congregation through the parsonage allowance.”

For much of the past century, pastors, rabbis, imams and other faith leaders – whose job requires them to live close to their church or in an underserved community – have been eligible for the parsonage allowance, a tax-exempt housing allowance provided by their church, under the same principle that allows businesses to reimburse travel and overseas housing costs tax-free, and provides housing to teachers and police who live in the communities they serve. The practice is a benefit for non-profit and business employers alike to ensure they can keep their employees nearby.

But the Freedom From Religion Foundation (FFRF) argues that unless the IRS explicitly bars faith organizations from accessing this benefit, it will be in violation of the Establishment Clause. Without his housing allowance, Bishop Peecher may be forced to move further away from his congregation or even take up a second job, robbing the community that needs him of his full-time pastoral care.

“FFRF’s attempt to single out ministers for negative treatment is discrimination plain and simple,” said Hannah Smith, senior counsel at the non-profit religious liberty law firm Becket. “The court decided that these diverse ministers and churches must have a voice in this lawsuit to stand up for their right to receive housing allowances like so many other secular non-profits and businesses do.”

Becket filed a motion to intervene in December on behalf of Bishop Edward Peecher of Chicago Embassy Church, Father Patrick Malone of Holy Cross Anglican Church, and the Diocese of Chicago and Mid-America of the Russian Orthodox Church Outside of Russia. Late Friday that motion was granted. In 2014, Becket filed a friend-of-the-court brief on behalf of a diverse group of Southern Baptist, Eastern Orthodox, Hindu, and Muslim organizations that have been able to thrive and effectively serve their communities because of the parsonage allowance.

For more information or to arrange an interview with a Becket  attorney, please contact Melinda  Skea  at  media@becketlaw.org or 202-349-7224.  Interviews can be arranged in English, Chinese, French, German, Portuguese, Russian, and Spanish.