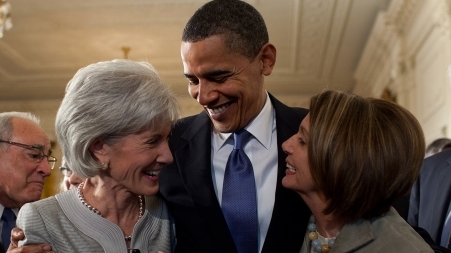 In the fourth Friday of such announcements, the Administration stated they would solicit public comment for several options to create a new “insurance mandate,” and provide a potential safe harbor rule for certain student health plans.

“The Administration’s action is just another delay tactic,” said Smith. “It’s not that complicated. Grant a wide enough exemption to honor the conscience of millions of Americans. The First Amendment demands it.”

The timing of this announcement is also suspect. The Administration knew that Becket’s response to the government’s motion to dismiss will be filed in federal court on Monday. This delay tactic is designed to disrupt those arguments because the administration knows it won’t be able to answer them.

Becket Law is a non-profit, public-interest law firm dedicated to protecting the free expression of all religious traditions. The Becket Fund has a 17-year history of defending religious liberty for people of all faiths. Its attorneys are recognized as experts in the field of church-state law, and they recently won a 9-0 victory at the U.S. Supreme Court in Hosanna-Tabor v. EEOC, which The Wall Street Journal called one of “the most important religious liberty cases in a half century.”