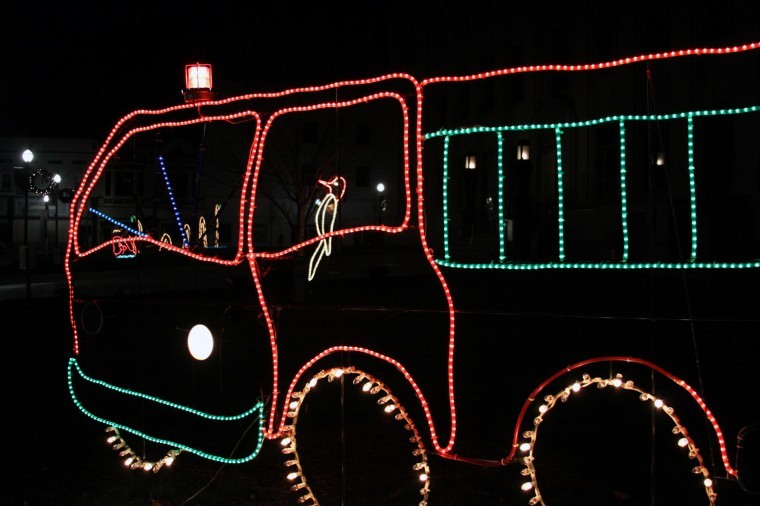 Washington, DC – The envelope please! And the 2009 Ebenezer award goes to… Kokomo, Indiana County Courthouse, whose holiday display consisted of a Loch Ness Monster, a woodpecker and a fire truck, and showed no symbol of any known holiday being celebrated anywhere in the world this December.

Every year, Becket in Washington, D.C. bestows the Ebenezer award on the silliest affront to the Christmas and Hanukkah holidays. Past awardees have included a federal lawsuit against a harmless holiday display, a canceled performance of the Charles Dickens classic A Christmas Carol, a city banning nativity displays, and after objections from two families who said Santa’s presence would make them feel “uncomfortable,” the exclusion of Santa from their annual town celebrations.

In awarding this year’s prize to Kokomo County Courthouse, Becket took special note of the deliberate thematic incoherence of the display. “If we put the religious or Christmas decorations up, we’d be offending a whole other group of citizens and taxpayers,” explained Commissioner Tyler Moore.

Becket Chairman and President, Kevin “Seamus” Hasson, has given out many Ebenezer awards over the years to a wide variety of hapless bureaucrats, but Commissioner Tyler Moore won this year’s prize for his absolute incoherence.

“If we didn’t know better, we might suspect he had been hitting the eggnog early. But no doubt eggnog is banned too,” added Hasson.

Becket  is a non-profit, public-interest law firm dedicated to protecting the free expression of all religious traditions. For over 20 years, it has  defended clients of all faiths,  including Buddhists, Christians, Jews, Hindus, Muslims, Native Americans, Sikhs, and Zoroastrians. Its recent cases include two major Supreme Court victories: the landmark ruling in  Burwell v. Hobby Lobby, and the 9-0 ruling in  Hosanna-Tabor v. EEOC, which The Wall Street Journal called one of “the most important religious liberty cases in a half century.”