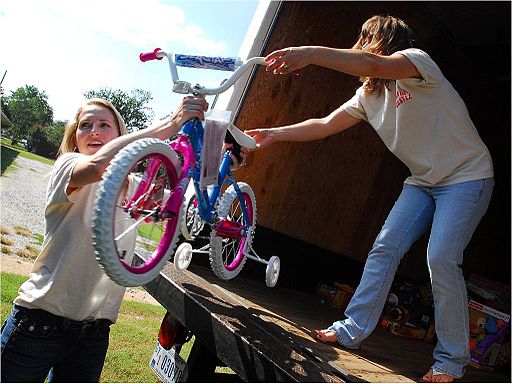 The city of Virginia Beach, Virginia has been declared the winner of this year’s “Ebenezer Award,” Becket’s most undistinguished “honor,” bestowed each year on the individual or group responsible for the most ridiculous affront to the Christmas and Hanukkah holidays.

Virginia Beach was the hands-down winner of the 2002 award for trying to shut down “Mothers, Inc.,” a Christian-based charity run by Brenda McCormick that distributes Christmas and Thanksgiving turkeys and other food, as well as household items, clothing and toys to the poor and needy.

Not only is the city trying to force Mothers Inc. out of Virginia Beach after 15 years of remarkably successful service at its location a few blocks from the Atlantic Ocean, it filed suit during the Christmas season, managing to scare off many contributors who have donated turkeys and toys in the past.

“Ebenezer Scrooge himself couldn’t have pulled off a more effective ‘Bah, Humbug!’ attack on the spirit of Christmas than Virginia Beach has,” said Becket President Kevin J. “Seamus” Hasson. “Thousands of needy families will go without toys or a special holiday meal this Christmas because of the city’s attempt to shut down Brenda and her little group of mothers. Concocting a ‘zoning violation’ 15 years after they started serving their neighbors from their 16th Street location is as shabby as it gets.”

Two other candidates earned “dishonorable mention” in the Ebenezer Award competition. One is Franklin County, Ohio, which is also using a zoning complaint to try and shut down a charity run by Arthur Willhite, known nationally as “The Bread Man.” With the help of superstore Wal-Mart, he distributes donated bread and other food to the poor in Columbus, Cleveland, West Virginia and Washington, D.C. The other “dishonorable mention” goes to the Borough of Watchung, New Jersey, which refused to allow local Jewish residents to put up a menorah next to the local rescue squad’s “Tree of Lights.” Officials eventually backed down, after a protest in which several dozen people gathered to form a “human menorah” on the site.

The Ebenezer Award is a specially designed Christmas stocking filled with lumps of coal. Last year’s recipient was the city of Kensington, Maryland, which disinvited Santa Claus from its Christmas tree lighting ceremony. The city attorney of Virginia Beach, Virginia will shortly receive the city’s well-deserved supply of coal, and enter the record books as 2002’s winner of the “honor.”