The Brownstown Area Ministerial Association is a coalition of Christian ministers in Jackson County, Indiana, that serves its community through prayer, fellowship, outreach, and direct aid. In 2003, BAMA purchased a nativity scene, with broad community support, to display in front of the historic Jackson County Courthouse during the Christmas season. Over the years, the nativity scene has become a part of the community’s holiday celebrations between Thanksgiving and the New Year, encouraging people to socialize and support nearby local businesses. However, in December 2018, the ACLU of Indiana sued the county on behalf of an individual who claimed to be offended by the display. After the district court ruled in April 2020 that the nativity scene violated the Establishment Clause, Becket filed a friend-of-the-court brief in the Seventh Circuit Court of Appeals. Becket’s brief explained that that government is not required to tear down monuments or end beloved annual traditions just because they are religious or have religious roots.

On August 5, 2020, Becket filed a friend-of-the-court brief at the Seventh Circuit Court of Appeals on behalf of the Brownstown Area Ministerial Association. 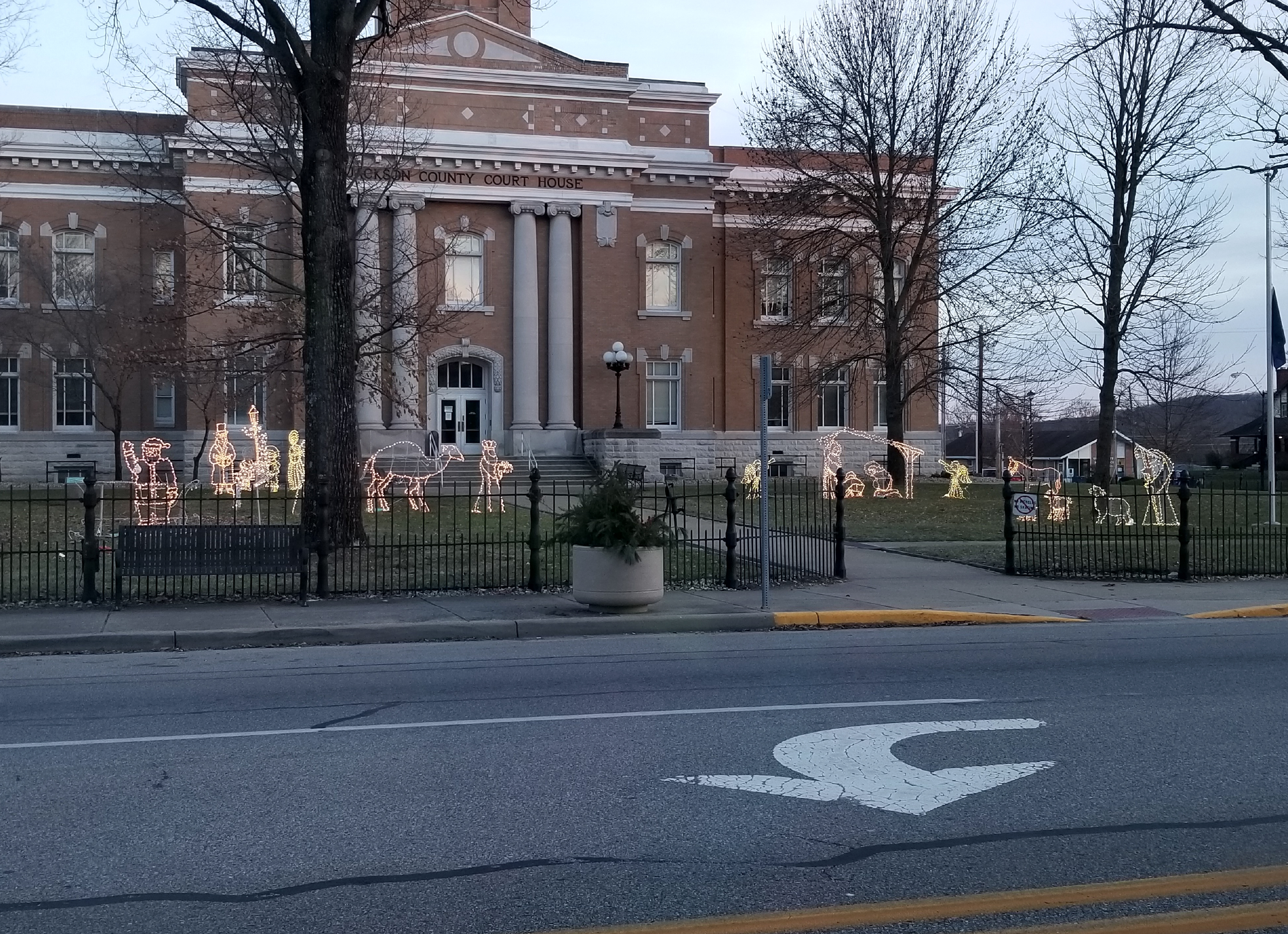 The Brownstown Area Ministerial Association is a coalition of diverse Christian ministers in Jackson County, Indiana, that serves its community through prayer, fellowship, outreach, and direct aid. Twice each year, the Ministerial Association holds services to encourage Christian fellowship and raise funds for its direct aid program, which includes a community food pantry and direct aid for those who need temporary assistance with rent, mortgage, and utility bills.

In 2003, the Ministerial Association purchased, with broad community support, a nativity scene to display in front of the Jackson County Courthouse during the Christmas season. In addition to commemorating the Christmas season, over the years the nativity scene has become a staple in the local “Hometown Christmas celebration.” And the area around the display—replete with a Christmas tree, presents, and numerous other holiday fixtures—serves as a gathering place for the community, encouraging people to socialize and support nearby local businesses (the Chamber of Commerce is even a sponsor).

A longstanding tradition at risk

For almost two decades, the Brownstown nativity scene has been displayed without incident. But in 2018, the Freedom From Religion Foundation sent a letter to the county asking for the nativity to be removed because of its religious symbolism. Not long after, the ACLU of Indiana sued the county on behalf of an out-of-town individual who passed by the display and felt offended by it.

On April 29, 2020, the district court ruled against Jackson County, holding that the display violated the Establishment Clause. The County appealed to the Seventh Circuit.

On August 5, 2020, Becket filed a friend-of-the-court brief on behalf of the Ministerial Association, owners of the nativity scene. The brief explains why the First Amendment permits the government to include religious symbols and practices in its annual holiday traditions—because they are a part of our nation’s rich religious history that has long been celebrated in Jackson County. Requiring governments to strip the religious elements from Christmas and to only celebrating the secular would not only deny the religious roots of the holiday, it would sanction government hostility to religion by favoring the non-religious over the religious.

In striking down the display, the district court applied the much criticized and now specifically rejected  Lemon test. But, as Becket’s brief explains, the Supreme Court held in American Legion v. American Humanist Association (June 20, 2019) that the Lemon test no longer applies to religious displays. Instead, the Establishment Clause must be interpreted to allow governments to celebrate our history and traditions—not to scrub the public square of religious imagery. Since American Legion, three courts of appeals have affirmed this principle (twice in Becket’s own cases); the Seventh Circuit will likely be the fourth.