A child learning center was denied a grant to improve its playgrounds solely because of its connection to a church.

SCOTUSBlog Symposium: A soft landing at the Supreme Court 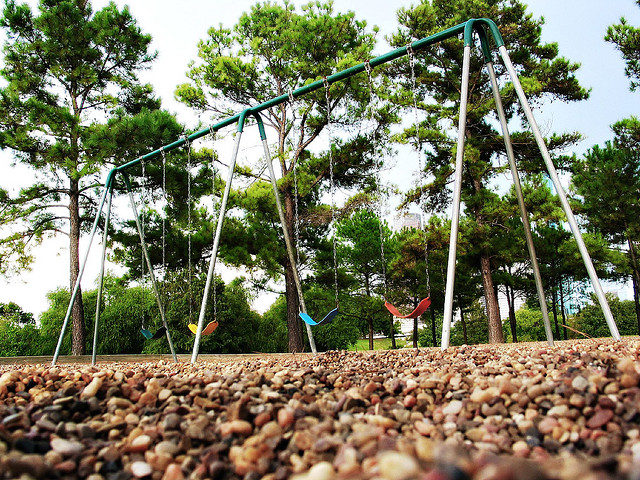 The state of Missouri wants to make sure children run on safe playgrounds – unless they attend a religious school.

The Trinity Lutheran Church Learning Center is a Christian preschool that wanted to improve its playground surface, which consisted of gravel and grass. To facilitate the needed upgrades, the school applied to a state program in 2012 that provides grants to use recycled shredded tires for a softer and safer playground surface. Trinity Lutheran ranked fifth of 44 applicants based on overall quality of the intended project, the number of people who would benefit from the improved playground, and the quality of the school’s recycling education programs. However, despite the school’s high ranking, the state denied the grant solely because it was associated with a church.

The state used the Blaine Amendment, a 19th century anti-Catholic and bigoted law that prohibits religious organizations, such as a Florida prisoner ministry, a Catholic orphanage and several religious schools, from participating in public programs. Trinity Lutheran sued the state of Missouri in 2013 for this blatant discrimination. Becket, along with Stanford Professor Michael McConnell, submitted a friend-of-the-court brief defending Trinity Lutheran’s right to participate in the state’s tire recycling program on equal footing as all other applicants. Trinity Lutheran, represented by Alliance Defending Freedom, has fought all the way to the U.S. Supreme Court, which heard the case on April 19, 2017.

In June 2017, the U.S. Supreme Court ruled 7-2 that Missouri can’t discriminate against the school in a program that provides shredded-tire resurfacing to make playgrounds safer for kids.