The Sisters of Life are a Catholic religious community who devote themselves to the love of God by professing vows of poverty, chastity, and obedience. The Sisters also take a vow to protect the sacredness of human life, which they live out by providing compassionate and free help to pregnant women in need. But recently, the state of New York passed a law that targets pregnancy centers for intrusive disclosure requirements, demanding that they provide the government with sensitive information about their supporters, their training, and even about individual women who seek their help. The Sisters of Life wrote to the Commissioner of Health asking for assurance that the government will not use the law to interfere in the Sisters’ ministry or force them to hand over their internal religious documents.

On September 2, 2022, Becket filed a federal lawsuit against the New York Department of Health to protect the Sisters’ right to keep their documents from public view. 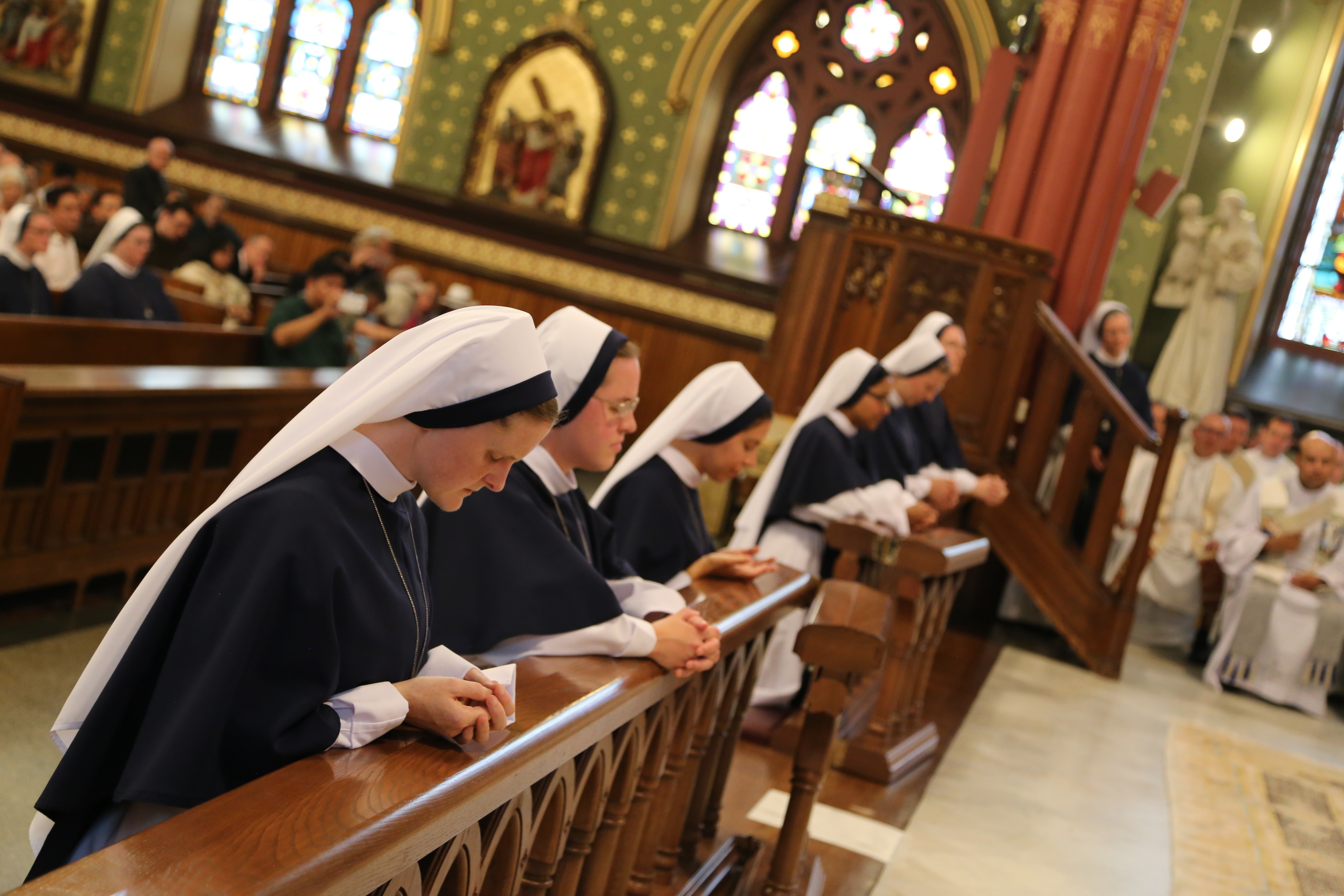 A dedication to life

Founded by Cardinal John O’Connor in 1991, the Sisters of Life surrender their lives to God when entering the order by professing vows of poverty, chastity, and obedience. They also vow to protect the sacredness of human life at every stage. Based in New York, the Sisters are a group of religious women who carry out this mission by caring for pregnant women and their unborn children. They provide pregnant women with housing, maternity clothes, baby formula, and other supplies for well after birth. They also connect pregnant women and their children to pro bono medical and legal services and a wide array of social services. The Sisters offer personal, holistic help rooted in a deep love for human life that sees all people as created in God’s image and likeness.

The Sisters of Life profess: “We believe every person is valuable and sacred. We believe that every person’s life has deep meaning, purpose and worth. In fact, we give our lives for that truth.” The Sisters’ dedication to their neighbor is grounded in their unwavering Catholic faith which inspires them to build loving relationships with vulnerable women, attending to their emotional, spiritual, and temporal needs.

After the decision in Dobbs v. Jackson Women’s Health Organization overturned Roe v. Wade, there have been increasing threats from state governments to stop the life-affirming work of crisis pregnancy centers.  In mid-June 2022—after the leak of the draft Dobbs opinion—the state of New York passed one such law that allows the government to probe the internal documents and policies of pro-life pregnancy centers, even forcing them to turn over information about the individual women who seek their help. At the signing of the law, Governor Hochul made her views on abortion clear, calling pro-life supporters “Neanderthals.” The state government is clearly targeting the religious viewpoints of the Sisters of Life and violating the First Amendment protections granted to the Sisters.

The law protects Sisters and the women they help from harassment:

The Sisters of Life are free to decide matters of their central religious mission and support public initiatives like pregnancy care without fear that they will be forced to disclose private information. Likewise, the women they serve should not have to fear government investigation just because they seek help during a crisis pregnancy. The Supreme Court made clear in Our Lady of Guadalupe School v. Morrissey-Berru that the Constitution protects religious institutions from secular influence on matters of internal government. Handing over such internal documents would impede the Sisters’ ability to conduct their important ministry to women who need it the most.

A duty to protect women

The Sisters of Life made the difficult decision, after much discernment, to protect the women they serve by suing the State of New York. Their hope is for a quick resolution that will allow them to focus on the women and children in their community that need them now more than ever.

Religious Communities: Religious orders have a right to serve those in need according to the dictates of their faith. Unfortunately, religious institutions are often targeted if not in alliance with societal standards.

Free Speech: Religious people have a right to hold onto and profess their teachings without government interference.