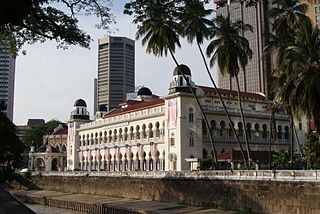 The story of Lina Joy is a poignant illustration of what happens when the government rejects the notion that individual conviction and choice have a role in religious belief.

Lina Joy was born into an ethnic Malay, Muslim family but was led by conscience to convert to Catholicism in 1990. In 1998, she was baptized and married a Catholic man.

Just one thing stood in the way of getting her marriage license: religion. The Civil Marriage provision of the 1976 Law Reform Act prohibits Muslims from solemnizing or registering marriage under civil law. Despite her affirmative declaration that she was a Christian, she was denied a civil marriage registration because her identity card designated her as Muslim. The designation could not be removed until Lina Joy obtained an order from the Sharia court stating that she had become an apostate – legally labeling herself as someone who defies God.

Lina Joy took the matter to the civil courts, but to no avail. Her application was dismissed, partly on the grounds that Malays cannot renounce Islam, because the Malaysian Constitution defines ethnic Malays as Muslim by birth. The civil court affirmed she must first go to the Sharia court.

She refused, arguing that it is not the place of any court to legitimize the convictions of her conscience.

In 2007, despite several appeals in the civil courts with the Becket Fund providing legal counsel, the Federal Court of Malaysia ultimately refused to recognize Lina Joy’s conversion from Islam to Christianity. As a consequence, her marriage is considered invalid by the state.

She was forced into hiding, afraid to start a family, because any children she had would be considered Muslim by the state and could on those grounds be taken away from her Christian mother. Given that the state would view her marriage as invalid, children could also be treated as “evidence of adultery.”

The Malaysian government’s refusal to recognize Lina Joy’s conversion is in direct violation of international law. Freedom of conscience is protected in both the Universal Declaration of Human Rights (UDHR) and the International Covenant on Civil and Political Rights (ICCPR). The refusal to grant her an identity card that recognizes her conversion or to grant her a civil marriage license on the basis of her religioun are violations of equal treatment clauses of the Convention on the Elimination of All Forms of Discrimination Against Women (CEDAW), an United Nations treaty which Malaysia is legally bound to implement by the Vienna Convention on the Law of Treaties. The lower courts’ refusal of jurisdiction over this case further constitutes a departure from the general principle that administrative law is governed by fundamental constitutional
protections in well-functioning constitutional democracies.