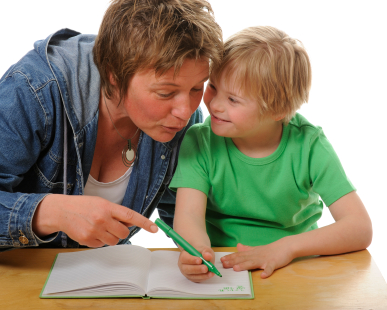 The State of Oklahoma enacted the program in August 2010 to give students with learning disabilities scholarships based on the cost of their education to help them attend a private school of their choice that could help them with their specific learning disability. The vast majority of the state’s 541 school districts immediately complied with the law by issuing scholarship checks to eligible students. But four school districts decided on their own that complying with the law would somehow violate the state’s Blaine Amendment, an archaic provision in the state constitution that targets “sectarian” groups.

Although the U.S. Supreme Court has acknowledged that these provisions were “born of bigotry” in an era of widespread anti-Catholicism, these four districts unilaterally asserted the Oklahoma Blaine Amendment to deny students their state aid on the purported ground that allowing them to direct their own education might aid religiously-affiliated schools. Conveniently, of course, this allowed those school districts to keep the funds for themselves. After the Becket Fund sued to defend the students’ rights, the legislature learned of their plight and changed the law so the scholarships would issue directly from the State Board of Education, bypassing the renegade school districts.

Adding insult to injury, two of the school districts—Jenks and Union Public Schools—turned around and sued the Sprys, along with parents of three other children with learning disabilities, for accepting their scholarships! Again the Becket Fund defended the students’ rights, this time all the way to the Oklahoma Supreme Court, which eventually dismissed the lawsuit, chastising the school districts for going after their own students.

Despite the ruling from the high court, the school districts recruited allies to again renew the lawsuit, this time against the State Board of Education. In 2014, a lower court upheld the scholarship program, but only for students attending schools that were secular or religious “in name only.” On appeal, the Becket Fund again represented the student and their families, arguing that this bizarre ruling would have required the state to examine the beliefs of every religious school and decide which ones were too religious to accept the students’ scholarships. We made what should be an obvious point: when the state makes benefits generally available to its citizens, it can’t discriminate against some of them just because they are religious.

The road to this victory was long, but—with the help of the Becket Fund— the students and their families are finally able to participate in Oklahoma’s scholarship program on equal footing with everyone else.