Faruq Abdul-Aziz and Shakoor Mustafa were Newark, New Jersey police officers and devout Sunni Muslims whose religious beliefs required them to grow a beard. They both had beards while serving on the force for at least ten years, but in 1997 the Department of Police sought disciplinary action against them for violating a 1971 “no beard” policy that exempted police officers with medical, but not religious, reasons from shaving. Faced with an impossible choice between their career as a police office and their faith, Mr. Aziz and Mr. Mustafa sued in federal district court, where they were successful in protected their free exercise rights. On appeal, then-Third Circuit Judge Samuel Alito wrote for the Court unanimously protecting the police officers’ religious freedom in March 1999. Thanks to this victory, the officers were able to serve without violating their faith.

On March 3, 1999, the Third Circuit unanimously ruled in favor of the police officers’ religious right to grow a beard, allowing them to serve in the Newark Police Department without violating their faith. 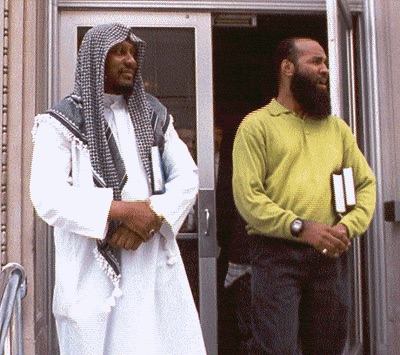 Police officers who serve their city and their faith

Faruq Abdul-Aziz and Shakoor Mustafa are devout Sunni Muslims whose faith requires them to grow a beard. For over a decade, they served as police officers in the Newark Police Department while maintaining a beard without incident. In 1999, however, the Chief of Police decided to enforce a 1971 policy requiring officers to be clean-shaven. But this policy exempted those who had medical reasons for not shaving. The policy even permitted mustaches and sideburns, and allowed officers to wear beards when undercover. Yet it did not allow beards for religious reasons, so the department initiated disciplinary actions against the Muslim police officers.

Unanimous victory for people of all faiths

Becket works to ensure that when governments grant accommodations for non-religious reasons, they provide the same accommodations for religious reasons as well. In this case, the City of Newark had no justification for its policy requiring religious police officers be clean-shaven when it allowed officers to have beards for numerous other reasons. Mr. Aziz and Mr. Mustafa were forced to choose between their faith and careers—a choice no American should have to make. So instead, they  went to federal district court seeking protection from this unconstitutional choice, and they won.

Then the city appealed. In June 1998 Becket president Seamus Hasson argued the case before the U.S. Court of Appeals for the Third Circuit, supported by a group of amici including the ACLU and the Anti-Defamation League. On March 3, 1999, the Third Circuit unanimously ruled in favor of the officers, stating that the department’s policy violated their religious freedom under the First Amendment. Then-Third Circuit Judge Samuel Alito wrote the opinion, holding that the city’s grooming policy created a “categorical exemption for individuals with a secular objection but not for individuals with a religious objection,” and was thus subject to the highest form of scrutiny, which the city failed to satisfy.

Victorious, the officers were able to continue serving without violating their faith. Their case set an important precedent for people of all faiths who’d might otherwise be forced to choose between their career and their religion.

On October 4, 1999, the Supreme Court denied the city’s petition for certiorari.