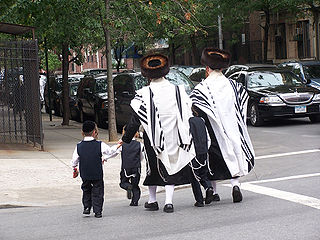 This case involves an unprecedented government regulation of Jewish religious circumcision practices. Last year the New York City Department of Health and Mental Hygiene issued a new circumcision regulation. It penalizes Jewish rabbinical officials known as mohels who engage in the millennia-old circumcision practice of metzitzah b’peh unless the mohels force the infant boy’s parents to sign a form stating the City’s disapproval of the religious practice. The mohels believe the form to be both factually false and an unwarranted interference in a religious practice that has gone on for literally thousands of years.

Represented by Jones Day, several rabbis who act as mohels, along with several Orthodox Jewish rabbinical and community organizations, sued in Brooklyn federal district court, raising both freedom of speech and freedom of religion claims. The federal district court denied the rabbis’ request for an injunction against the city’s regulation, holding that as long as there was some plausible rational basis for the regulation, it would be valid. The rabbis then appealed to the Second Circuit Court of Appeals in New York.

Becket filed an amicus brief in the appeal along with Prof. Michael McConnell of Stanford Law School, arguing that because New York City’s regulation targeted a specific religious practice, the highest form of judicial constitutional review — “strict scrutiny” — was required under the Free Exercise Clause of the First Amendment. That is especially so because of documented levels of strong hostility towards Orthodox Jews and their religiously motivated practices in New York and surrounding municipalities. Becket did not offer an opinion on whether New York City’s regulation was justified by the health interests it is claiming to protect, only that because of the weighty interests involved, the proper level of constitutional scrutiny should have been applied by the district court judge. The brief has engendered much discussion within New York and elsewhere, particularly because it puts a spotlight on increasing government attacks on Orthodox Jewish practice in New York City and elsewhere.

On August 15, 2014, the Second Circuit ruled in favor of the Orthodox Jewish mohels, largely adopting the arguments made in Becket’s brief. The court sent the case back to the district court for the application of “strict scrutiny.”