A federal district court in Charlotte, North Carolina, ruled against the Diocese on Sept. 3, 2021, and the Diocese appealed to the U.S. Court of Appeals for the Fourth Circuit on April 18, 2022. 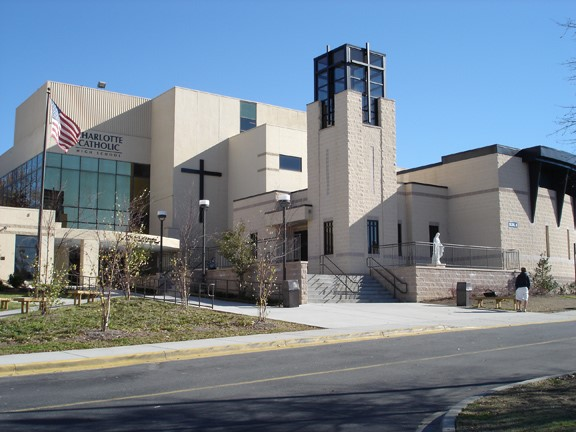 As an essential part of its mission to pass on the Catholic faith, the Diocese of Charlotte operates 19 schools across western North Carolina, including nine in the fast-growing Charlotte area. The Diocese’s schools are sought after for a reason: they not only provide an academically rigorous education in a diverse environment; they are also committed to teaching students the Catholic faith. To accomplish its religious mission, the Diocese asks all employees to conduct themselves in a manner consistent with the teachings of the Catholic Church.

Lonnie Billard taught English and Drama at Charlotte Catholic High School for 12 years before retiring and transferring to a substitute role. To teach at Charlotte Catholic, he signed a contract agreeing to uphold teachings of the Catholic Church. But in 2015, he entered a same-sex marriage in knowing violation of Catholic teaching and made public statements on social media advocating against Church teaching. When the school chose not to keep calling Billard as a substitute teacher, he partnered with the ACLU to sue the school and the Diocese for asking their teachers to support the school’s religious mission.

The Constitution and federal law protect the right of parents to direct the religious education of their children, and the right of religious institutions like the Diocese of Charlotte to select teachers who agree to uphold their religious mission. These rights have repeatedly been upheld by the Supreme Court, which has emphasized that “educating young people in their faith, inculcating its teachings, and training them to live their faith are responsibilities that lie at the very core of the mission of a private religious school.” Religious organizations must be free to choose those who carry out their religious mission. This not only protects the fundamental freedoms of parents and religious schools to decide how to pass on their faith, but also protects the proper separation of church and state.

On September 3, 2021, a federal district court in Charlotte, North Carolina, ruled against the Diocese of Charlotte. The Diocese filed its appeal to the U.S. Court of Appeals for the Fourth Circuit on April 18, 2022.

The Diocese of Charlotte is represented by Becket and Troutman Pepper.