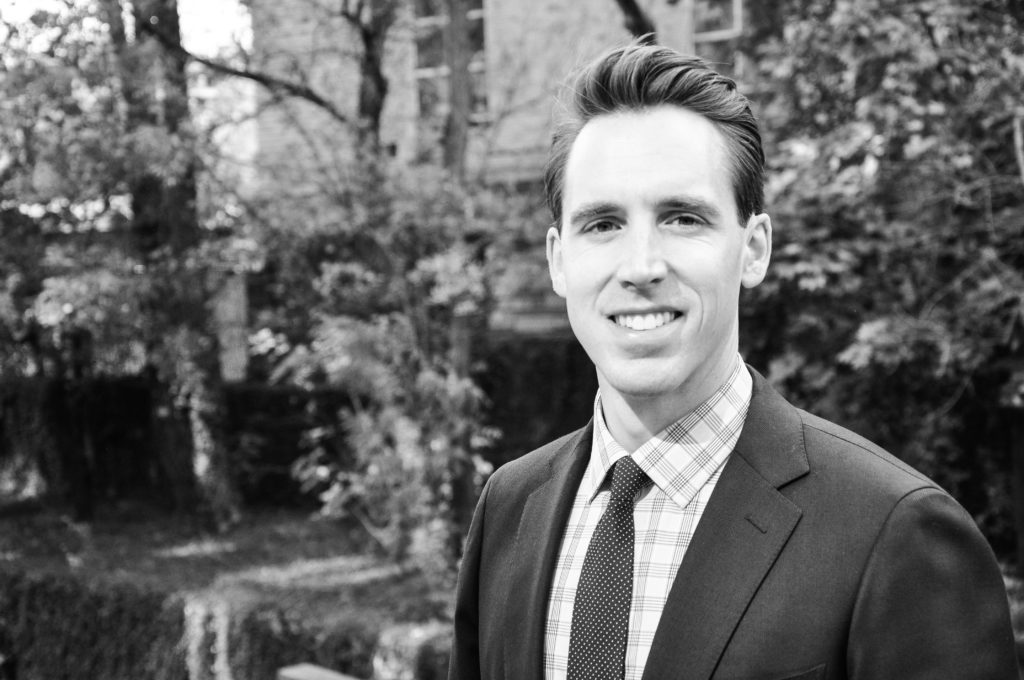 Josh Hawley was an attorney with Becket from 2011 to 2015. He received a B.A. from Stanford University and a J.D. from Yale Law School. Josh clerked for Judge Michael W. McConnell of the United States Court of Appeals for the Tenth Circuit and Chief Justice John Roberts at the U.S. Supreme Court. In 2008 he joined Hogan & Hartson in Washington, D.C. as an appellate litigator.

During his time at Becket, Josh was part of the team that won two major U.S. Supreme Court cases: Burwell v. Hobby Lobby Stores, a decision that protected the right of religious individuals to run their family businesses according to their beliefs, and Hosanna-Tabor Evangelical Lutheran Church and School v. EEOC, a unanimous victory that secured the right of churches to choose their own ministers free from undue government interference.

After working for Becket full time in DC, Hawley moved to Missouri and became an Associate Professor at the University of Missouri School of Law. He was elected Attorney General of Missouri in 2016 and United States Senator for Missouri in 2018.