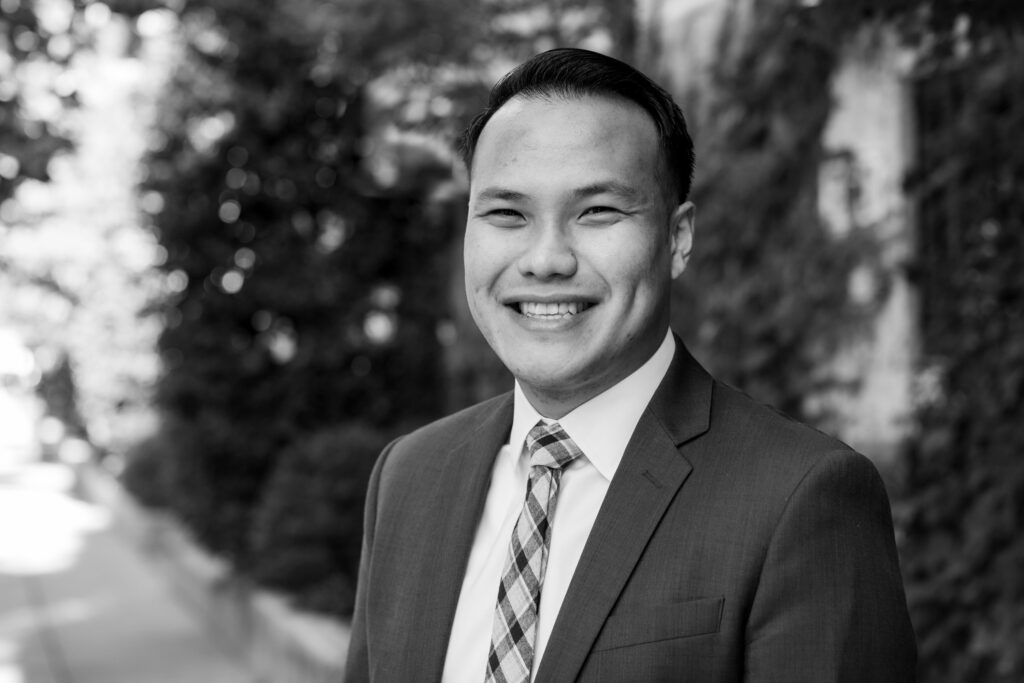 Daniel Chen joined Becket as Counsel in 2020. His work at Becket has included litigation in federal trial and appellate courts.

Prior to joining Becket, Daniel was an associate at Gibson, Dunn & Crutcher in San Francisco, California, where he worked on commercial litigation in state and federal court. Daniel also devoted significant time to pro bono projects, where he focused primarily on issues of religious liberty and constitutional law. In addition to his experience in private practice, Daniel served as a law clerk to the Honorable Raymond W. Gruender of the U.S. Court of Appeals for the Eighth Circuit and the Honorable Lucy H. Koh of the U.S. District Court for the Northern District of California.

Daniel’s greatest accomplishment is marrying high above his station. He and his wife Sharon live in California where they enjoy drinking third-wave coffee and eating avocado toast.

Where Two or Three Are Gathered