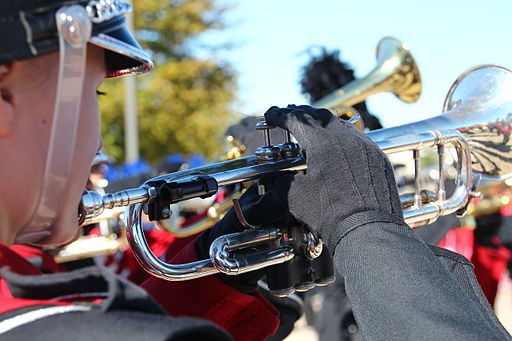 By Eric Rassbach, Deputy General Counsel of the Becket Fund for Religious Liberty

The Debbie Downers of Madison are at it again – the Freedom From Religion Foundation (“FFRF,” pronounced “furf”) has sent a nasty letter to a high school band in Ohio. What sin is FFRF complaining about this time? Members of the Licking Valley High School Marching Band are wearing t-shirts that have the word “Salvation” printed on them. The band was advertising its production of Salvation is Created, a 1912 work written by Russian composer Pavel Chesnokov. This piece is one of Chesnokov’s most well-known and often-played works. He never heard it performed because the Bolsheviks took over Russia, turned it into the USSR, and banned all the works he wrote before the Revolution.

This incident epitomizes FFRF’s anti-culture crusade. Their hatred of religion and religious people is so great that they are driven to demand that music, art, and literature in the public square be “purified” of any reference, however slight, to religious ideas. Their approach is truly totalitarian—declaring what is “degenerate art” or “decadent bourgeois art” and using the power of government (here, the threat of courts) to back it up. The good news is that the Constitution is not anti-music, and in fact forbids government from showing the kind of hostility to religion that FFRF feels. The better news is that Licking Valley’s band director is not giving in to FFRF’s bullying. More governments should follow his example and tell FFRF to take a hike.

Next up for FFRF bans:

“Mary Poppins” (“Mary” has a religious meaning in some contexts, after all)

Every Christmas or Hanukkah song

Pretty much everything written by Bach

“Goodbye” (derived from “God be with you”)