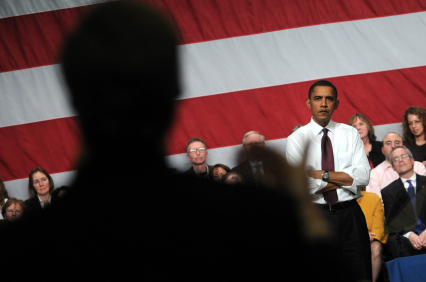 In response to President Obama’s announcement of a government compromise over the new controversial mandate requiring employers to pay for abortion-causing drugs and other services, over 300 academics have signed a statement entitled: “Unacceptable.”

“This is a grave violation of religious freedom and cannot stand,” state the scholars. “It is an insult to the intelligence of Catholics, Protestants, Eastern Orthodox Christians, Jews, Muslims, and other people of faith and conscience to imagine that they will accept an assault on their religious liberty if only it is covered up by a cheap accounting trick.”

Since its issuance last week, the statement has been joined by over 300 other individuals.  This list continues to grow.  The signatories to this statement come from an extraordinarily broad and diverse array of backgrounds and from a variety of disciplines; they include religious leaders, faculty, staff, and presidents from large research universities, liberal arts colleges, and seminaries.  They also come from a richly diverse spectrum of traditions: Catholic, Protestant, Jewish, LDS, and nonreligious.  They come from widely divergent political views and parties: conservative, moderate, liberal/progressive, democrat, republican, and independent. Some openly identify themselves as life-long Democrats who voted for President Obama in 2008.

To be sure, not every signatory agrees on the morality of the use of contraception, sterilization, and abortifacient drugs.    What unites the signatories is the conviction that the government should not coerce religious institutions or individuals into violating their most deeply held beliefs as a condition of serving or employing those who do not share their faith.

The signers also include a diverse number of religious leaders such as the Vice President of the US Catholic Conference of Bishops, Archbishop Kurtz, Philadelphia’s Archbishop Chaput,  Prison Fellowship’s Chuck Colson, the Mother Superior for the Sisters of Life,  Dr. Paige Patterson, former President of the Southern Baptist Convention and Reverend Frederick R. Parke.

For more information or to arrange an interview please call or email Melinda Skea at 202.349.7224, media@becketlaw.org.