The Terrors of Blasphemy Laws By Asma Uddin, Legal Counsel for the Becket Fund for Religious Liberty 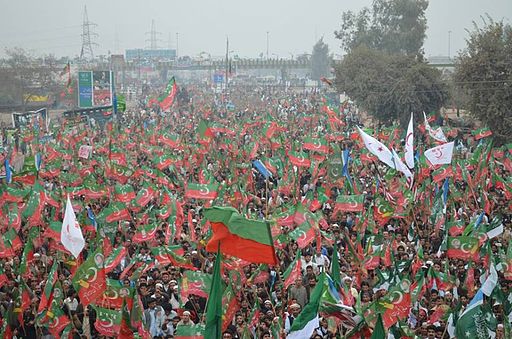 By Asma Uddin, Legal Counsel for the Becket Fund for Religious Liberty

All of these elements are evident in the May 7, 2014 murder of human rights lawyer Rashid Rehman, who was killed for defending poet and Fulbright scholar Junaid Hafeez against allegations of blasphemy. Hafeez, a professor, was accused by his students of insulting the Prophet Muhammad on Facebook. The accusations were baseless, but as with most cases of blasphemy charges in Pakistan, no real evidence was needed. He was charged by the police, defenseless without a lawyer. Rehman, special coordinator at Pakistan’s Human Rights Commission, agreed to represent Hafeez in court, knowing the decision would put his life in danger.

In Pakistan, blasphemy allegations often lead to riots, community violence, and infringement of basic human rights. Extremists use religious veneration for the Prophet and the blasphemy laws to propagate their own political agenda, denying the accused even basic due process rights. Rehman’s murder shows how dangerous it is for a person accused of blasphemy to be represented by counsel or even for a judge to rule in favor of the accused. The government did nothing to protect Rehman, who received death threats in front of the judge in the courtroom. The fact that Rehman was defending Hafeez was enough of a crime for his assassins.

In Pakistan, blasphemy accusations many times arise out of jealousy or competition. For example, in 1991, Chand Barkat, a bangle stallholder was accused of blasphemy by another bangle vendor because his business was faring better. Though acquitted in 1993, Barkat was initially denied bail for 15 months despite testimony by six witnesses that he had not committed blasphemy. These sorts of made up allegations have led to 1,274 people being charged with blasphemy laws between 1986 and 2010.

If convicted, those accused of blasphemy face fines and, in some cases, the death penalty. And the broader ramifications are tragic: a mere accusation often causes widespread violence and mob attacks. Already this year, March was the “worst month for attacks on Hindus in twenty years with five temples attacked, up from nine during the whole of 2013.” Last year saw similar attacks. The Joseph Colony, a Christian neighborhood in Lahore, was attacked and an estimated 100 homes were burned down because a Christian man had been convicted of blasphemy for allegedly insulting the Prophet Muhammad.

As the riots demonstrate, the blasphemy laws, though premised on concerns about protecting public order, have actually caused more violence than prevented it. Such laws appease rather than control violent extremists, giving them license to continue bullying religious minorities or dissenters while the police look the other way. This circumstance creates a culture of impunity, where increasingly egregious crimes are committed with little or no consequences for the perpetrators.​

​As one of the major tools of religious oppression, blasphemy laws not just in Pakistan but everywhere need to be repealed–an effort possible only with the international community’s constant involvement. And activists within Pakistan need to remain vigilant about diffusing the power and influence of extremist actors. This is key to delegitimizing the type of vigilante action too often accepted as inevitable in Pakistan.