Telling It On the Mountain? By Diana Verm and John Ehrett 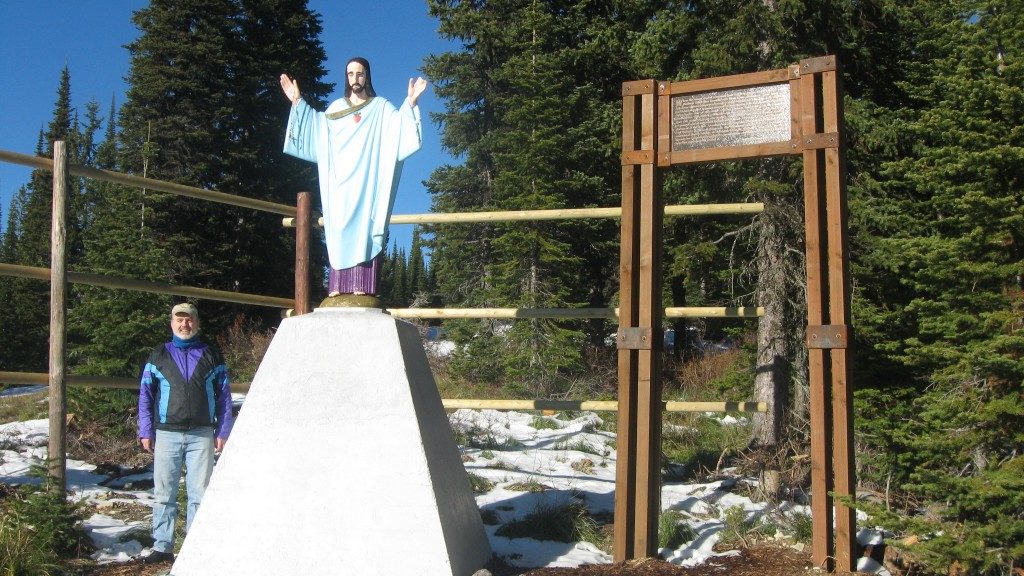 By Diana Verm and John Ehrett

On the edge of a remote ski slope in Montana stands a statue of Jesus, popularly nicknamed “Big Mountain Jesus.” It is a war memorial, a relic from the mountain’s rich history, a landmark for skiers, a religious symbol, an object of local curiosity…and the subject of a lawsuit challenging its constitutionality.

But today, in light of a recent federal court ruling, it is defined by what it is not: an establishment of religion.

Nearly sixty years ago, the Knights of Columbus leased a 25-foot x 25-foot plot of land, situated within a commercial ski resort, from the United States Forest Service on Big Mountain. They planned to erect a monument honoring fallen soldiers from World War II, and “Big Mountain Jesus” was the final result. Their leasing permit was renewed every ten years without incident, until the Freedom from Religion Foundation sued to have the statue permanently removed, claiming that it violates the Establishment Clause of the United States Constitution.

As U.S. District Judge Dana Christensen correctly ruled, this was not the case. Controversies over similar symbols, however, will persist due to popular misunderstandings surrounding the Establishment Clause.

The Establishment Clause expressly forbids the creation of a state-sponsored religious apparatus, in the vein of the Church of England or Russian Orthodox Church. What it does not do, however, is enforce cultural amnesia about religious aspects of our history. Instead, the Establishment Clause calls the government to viewpoint neutrality in the public sphere. Under such a standard, both commercial enterprises and religious organizations (and by extension, everything in between) are given equal access to the broader public forum, without state suppression of their expressive activity.

America has historically thrived through its diversity of thought and discourse, and in keeping with this pluralism, it is entirely acceptable to acknowledge religion as a component of national heritage and tradition. This is precisely what the “Big Mountain Jesus” monument does. Treating all such acknowledgement as an “unconstitutional establishment of religion” compromises the intent of the Constitution and saps the richness of the American experience. Equal access is the linchpin of the matter: the state may not demonstrate preferential treatment of one faith over another, but neither must it purge religious elements from all arenas bearing some relationship to government. In the case of “Big Mountain Jesus,” Judge Christensen observed that the historic and cultural legacy of the monument outweighed any perceived state endorsement of a given faith. Though the statue itself was of religious character, this dimension alone did not constitute an Establishment Clause violation.

In the wake of all this controversy, “Big Mountain Jesus” has taken on two additional significant qualities. Now, the statue is something more than simply a war memorial, ski landmark, or religious display: it is an ongoing testament to the freedom of expression that first forged the American nation, and a sobering reminder of the need for constant vigilance.

True government neutrality in the marketplace of ideas may be a difficult, multifaceted, and ever-elusive goal…but the alternative is unacceptable.