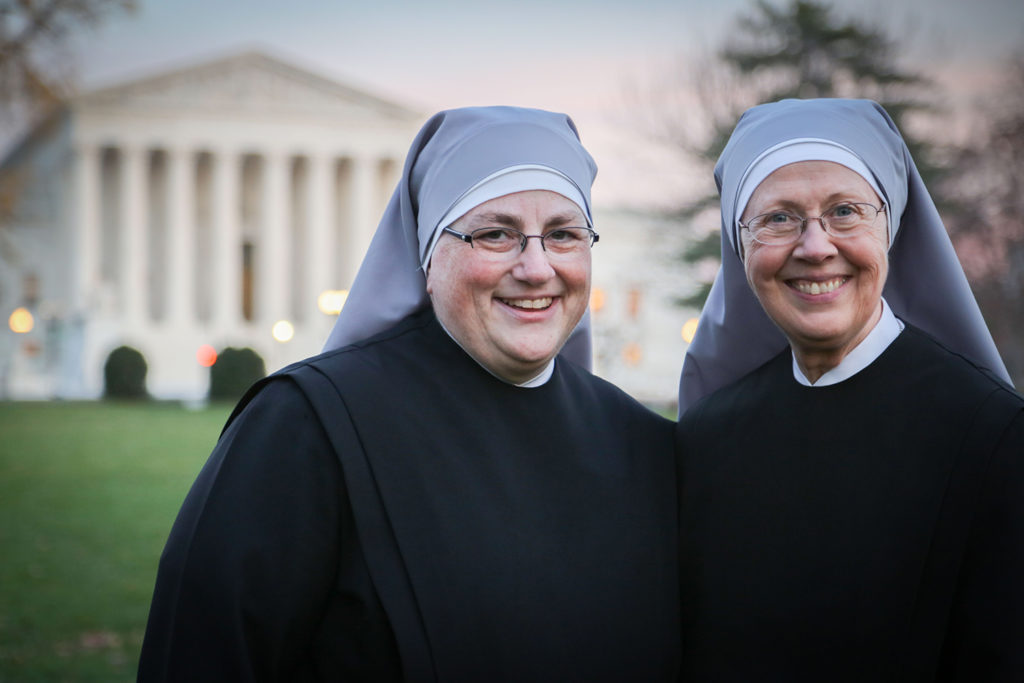 The HHS contraceptive mandate required the Little Sisters to provide services such as the week-after pill in their health care plans or pay millions of dollars in fines. In 2016, the Supreme Court unanimously overturned lower court rulings against the Little Sisters, granting them an exemption from the mandate, and in 2018, HHS announced a new rule protecting religious non-profits, including the Little Sisters. Yet several states, including Pennsylvania and California, immediately sued the federal government to take that protection away, forcing the Little Sisters back to court. After a loss in the Third Circuit Court of Appeals, the Sisters now turn to the High Court to finally put an end to their long legal journey.

“It is disappointing to think that as we enter a new decade we must still defend our ministry in court,” said Mother Loraine Marie Maguire of the Little Sisters of the Poor. “We are grateful the Supreme Court has decided to weigh in, and hopeful that the Justices will reinforce their previous decision and allow us to focus on our lifelong work of serving the elderly poor once and for all.”

In 2016, the government admitted before the Supreme Court that it has ways to get contraceptives to women without forcing the Little Sisters of the Poor to participate. California and Pennsylvania each have programs for providing contraceptives to women who want them, yet both states are suing to enforce the federal mandate on religious non-profits like the Little Sisters.

“Pennsylvania needs to give it a rest,” said Mark Rienzi, president of Becket. “Why is Pennsylvania still trying to fight tired and unnecessary culture wars that were settled years ago? There are plenty of ways to provide people with contraceptives without forcing Catholic nuns to participate. It’s too bad that the Supreme Court is being forced by Pennsylvania to deal with this issue again, but at least the Court can now bring this litigation to a permanent end.”