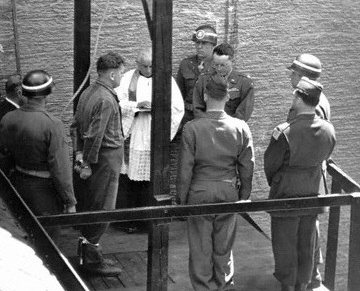 WASHINGTON – The Supreme Court has just protected the right of pastors to pray over the condemned in the execution chamber. In Ramirez v. Collier, John Henry Ramirez asked the Court to allow his spiritual advisor—a Southern Baptist pastor—to pray over him in the execution chamber, including laying hands on him. Becket filed a friend-of-the-court brief arguing that the Texas Department of Criminal Justice (TDCJ) is required to allow prisoners the right to meaningful clergy access in their final moments. This morning the Supreme Court agreed with Becket’s argument. Becket’s brief, which was co-authored by Professor Michael McConnell of Stanford Law School and the Harvard Law School Religious Freedom Clinic headed by Professor Josh McDaniel, was cited extensively by Chief Justice Roberts’ opinion for the Court to explain the “rich history of clerical prayer at the time of a prisoner’s execution, dating back well before the founding of our Nation.”

“Even the condemned have a right to get right with God,” said Eric Rassbach, vice president & senior counsel at Becket. “The Supreme Court correctly recognized that allowing clergy to minister to the condemned in their last moments stands squarely within a history stretching back to George Washington and before. That tradition matters.”

As Becket’s brief showed in detail, TDCJ’s ban on pastors praying aloud for the condemned or laying hands on them runs contrary to centuries of religious practice, and even TDCJ’s own practices until 2019.

Coauthor Prof. McConnell is a frequent advocate before the Supreme Court, a professor of law at Stanford Law School, the head of the Stanford Constitutional Law Center, and a former judge of the U.S. Court of Appeals for the Tenth Circuit. The Harvard Law School Religious Freedom Clinic, founded in Fall 2020, gives law students hands-on experience providing pro bono legal services in matters addressing many different religious practices.

Becket will host a press call at 2:00 p.m. ET to discuss the opinion.