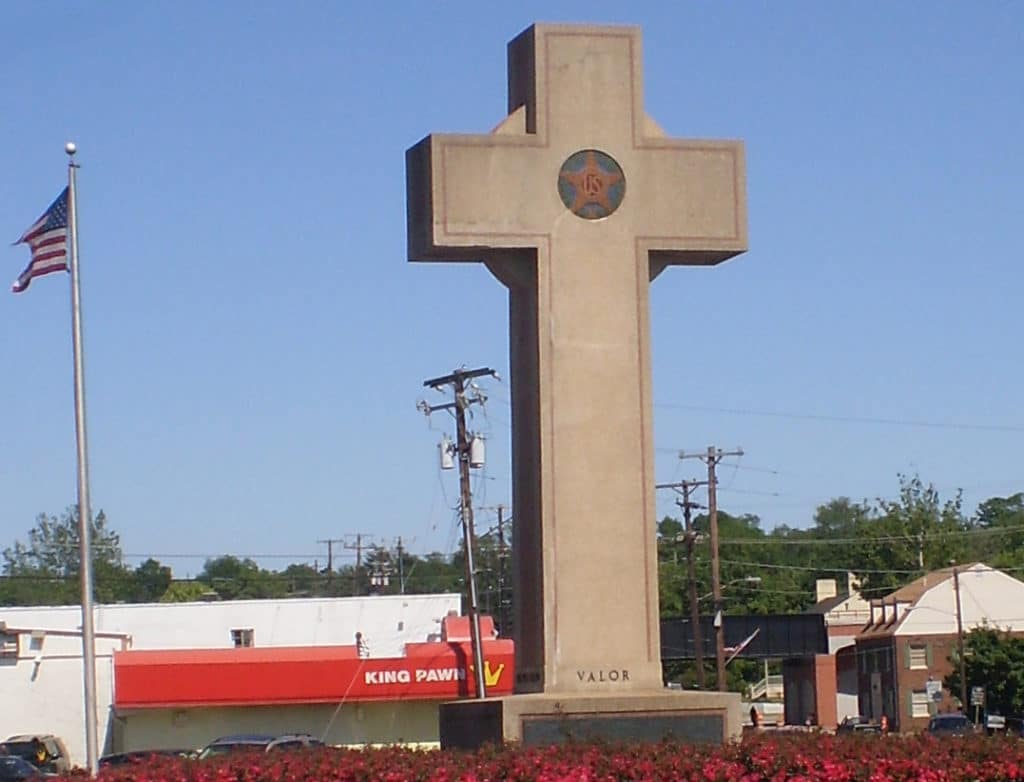 WASHINGTON, D.C. – Moments ago, the U.S. Supreme Court ruled 7–2 in favor of a nearly 100-year-old World War I memorial in Bladensburg, Maryland, known as the “Peace Cross,” allowing it to remain standing. In American Legion v. American Humanist Association, a group of anti-religious atheists had sued to tear down the memorial, claiming that it was offensive and “endorsed” religion. The Court’s opinion overturns a ruling by the U.S. Court of Appeals for the Fourth Circuit against the Peace Cross and states that, for many, “destroying or defacing the Cross that has stood undisturbed for nearly a century would not be neutral and would not further the ideals of respect and tolerance embodied in the First Amendment.”

In its friend-of-the-court brief, Becket urged the Supreme Court to abandon the Lemon test and uphold the cross based on the historical understanding of what constituted an “establishment” of religion at the time of the nation’s founding (watch video here). In their opinion, the Justices agreed that religious expression in the public square has been common throughout our history and need not be erased just because it includes religious elements. Justices Thomas and Gorsuch both cited Becket’s brief in their concurring opinions.

“The Supreme Court rightly recognized that religious symbols are an important part of our nation’s history and culture,” said Luke Goodrich, vice president and senior counsel at Becket. “We look forward to the coming gap in cable-news programming, as atheist organizations that made bank by suing over harmless religious symbols find a new line of work and learn to look the other way.”

The Bladensburg memorial was designed by mothers who lost their sons in the World War I and was erected in 1925 on private land with funds raised by the American Legion, a military veterans association. In 2014, the American Humanist Association, an anti-religion activist group, sued to tear down the Peace Cross. The same group also sued to tear down a World War II cross monument in Pensacola, Florida, in a case the Court is expected to act on soon.

The Maryland-National Capital Park and Planning Commission, which maintains the cross, is represented by Hogan Lovells. The American Legion is represented by Jones Day. Becket was represented on its brief by Stanford law professor and former Tenth Circuit Judge Michael W. McConnell.