Supreme Court to Little Sisters: you are free to serve elderly poor without violating faith High Court rules in favor of Catholic nuns for third time 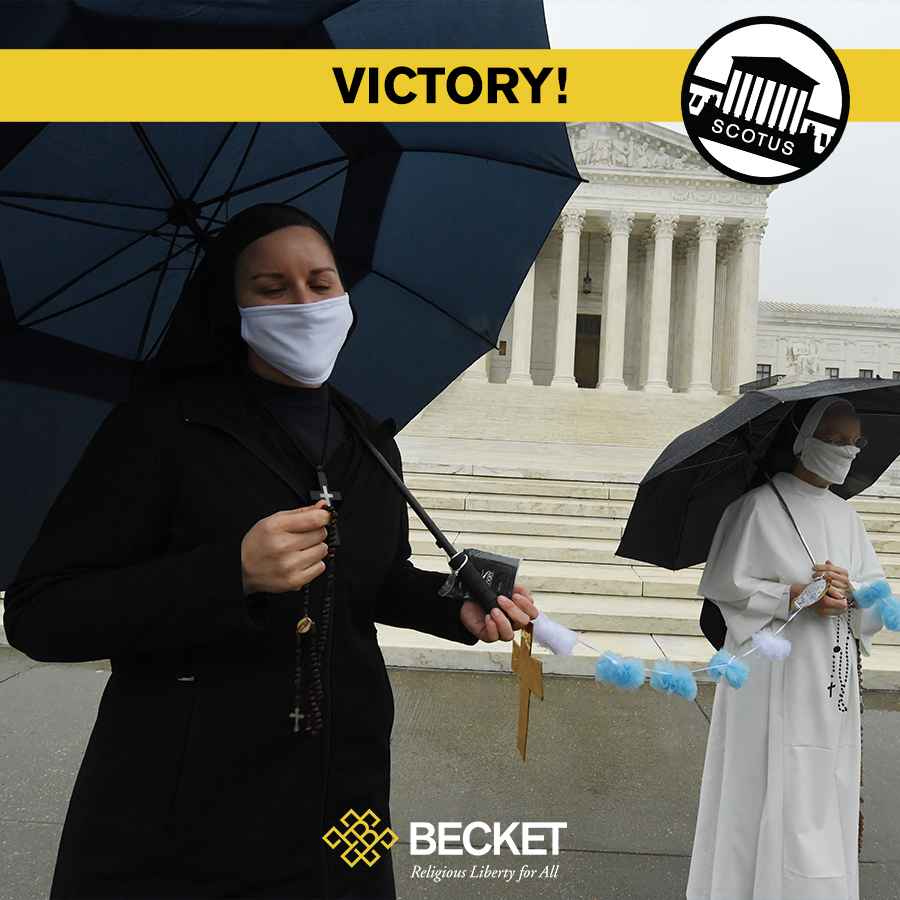 WASHINGTON – The Supreme Court ruled in favor of the Little Sisters of the Poor 7-2 today, allowing them to continue serving the elderly poor and dying without threat of millions of dollars in fines. In Little Sisters of the Poor v. Commonwealth of Pennsylvania, the Little Sisters made their third trip to the Supreme Court, dragged by several states that tried to force Catholic nuns to provide coverage for contraceptives and abortion-inducing drugs. Today’s ruling grants them protection to freely serve the elderly poor without violating their conscience.

Writing for the Court, Justice Thomas held that “For over 150 years, the Little Sisters have engaged in faithful service and sacrifice, motivated by a religious calling to surrender all for the sake of their brother. . . . But for the past seven years, they—like many other religious objectors who have participated in the litigation and rulemakings leading up to today’s decision— have had to fight for the ability to continue in their noble work without violating their sincerely held religious beliefs.” The Court held that the federal government was right to protect those beliefs.

“We are overjoyed that, once again, the Supreme Court has protected our right to serve the elderly without violating our faith,” said Mother Loraine Marie Maguire of the Little Sisters of the Poor. “Our life’s work and great joy is serving the elderly poor and we are so grateful that the contraceptive mandate will no longer steal our attention from our calling.”

“America deserves better than petty governments harassing nuns. The Court did the right thing by protecting the Little Sisters from an unnecessary mandate that would have gutted their ministry,” said Mark Rienzi, president of Becket. “Governments don’t need nuns to distribute contraceptives. But they do need religious groups to care for the elderly, heal the sick and feed the hungry. These governments all have real work they ought to be doing rather than dividing people with old and unnecessary culture wars.”

Who:
Mark Rienzi, president at Becket (Available for interviews)