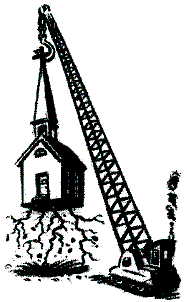 Yesterday a broad coalition of civil rights and public policy groups, including the Becket Fund, the CATO Institute, and others joined together in an amicus brief to ask the Supreme Court to take up a case, Ilagan v. Ungacta, involving eminent domain abuse.

The case itself concerns the use of eminent domain by the government of Guam, a US territory, to take the Ilagan family’s private property, ostensibly for the purpose of economic development. The taking benefited the politically powerful former mayor of Agana (the capital of Guam); the Ilagan family claims that economic development was just a pretext for the mayor’s private benefit.

The issue of eminent domain abuse is very important to religious groups because they are often its target. As the Becket Fund pointed out years ago in its amicus brief in the notorious Kelo case, religious groups don’t create tax revenues for government and thus are considered less “useful.” This leads to pretextual takings for economic development or other reasons. Indeed, in a particularly egregious case, the Becket Fund once represented a California church that had its land taken so the city could hand it over to Costco and harvest property and sales taxes. The Becket Fund also represented an Albanian mosque in New Jersey that had its land seized, supposedly for “open space.” In both cases, federal courts rejected the takings and prevented the eminent domain abuse.

It is high time that the Supreme Court made clear that eminent domain should not be used for private benefit or for “church cleansing” a municipality. The Becket Fund therefore urges it to take the Ilagan case and clarify the law.

Read what others are saying about this issue at Volokh Conspiracy and Cato at Liberty blogs.