Statement by Jim Towey, President of Ave Maria University Given at a press conference, February 21, 2012 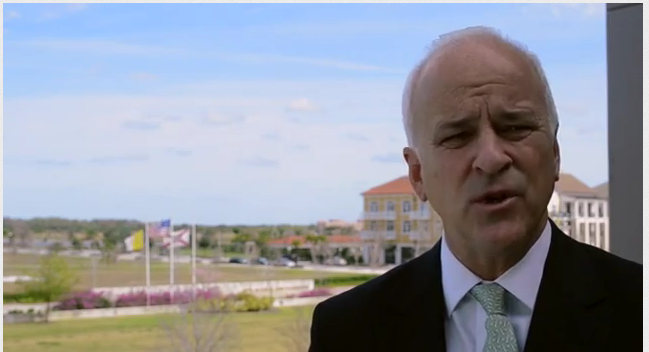 It is a sad day when an American citizen or organization has no choice but to sue its own government in order to exercise religious liberty rights guaranteed by our nation’s Constitution.

Today Ave Maria University is seeking declaratory and injunctive relief from the United States District Court, Middle District of Florida, because the U.S. Department of Health and Human Services is requiring the University to offer health plan services inconsistent with our firmly-held religious convictions.  As an American Catholic, I am in disbelief that I have to choose between being a good Catholic and a good citizen.  I will not, and the University will not, accept this false choice.  The federal government has no right to coerce the University into funding contraceptive services that include abortion-inducing drugs and sterilization, in the health plan we offer our employees.

Some will argue that this dilemma was resolved by a so-called “accommodation” by the Obama administration on February 10th, one that attempted to shift the provision of these services from the employer to the insurer.  This sleight of hand maneuver by the government fooled no one.  Ave Maria University pays 95 percent of the cost of the health plan we offer our employees.  It is absurd for the federal government to suggest that these new pharmaceuticals will be free because they aren’t free now.  In fact the administration’s own argument for free contraceptive drugs is that they currently place a financial burden on women.

Under the federal mandate Ave Maria University would be paying for these drugs if we complied with the law.  So we will not.  We are prepared to discontinue our health plan and pay the $2,000 per employee, per year fine rather than comply with an unjust, immoral mandate in violation of our rights of conscience.

Let me be clear:  a woman’s right to contraception is not an issue in this case, nor is it at Ave Maria.  Employees at Ave Maria and elsewhere are free to decide on their own whether to use birth control.  Never before has the federal government bullied groups like ours into doctrinal conformance on an issue with such religious and moral gravity.

America has respected the right of individuals to have faith or no faith, and the right of faith-based groups to be in the public square without having to sell their souls.  My experience working in the White House in the faith-based office as its director taught me the beauty of the interplay between the establishment and free exercise clauses of the First Amendment.

It is apparent that this administration does not want to strike a balance between its zeal to implement a new social policy and the rights of religiously-affiliated organizations like Ave Maria.  The Chicago Tribune’s editorial in response to President Obama’s February 10th statement, entitled “The bishops aren’t alone,” said, “Americans want government policy to protect religious liberty – the first freedom guaranteed by our Constitution’s First Amendment.”  Ave Maria agrees, and until the federal government backs down from requiring us to pay to practice our faith, we will fight it with all of our rights under the law.  We will not violate the tenets of our faith and cower before our own government’s threat of massive fines.

Allowing a U.S. president of any political party or religious affiliation to force conformance to his or her religious or secular orthodoxy through executive action, is a perilous precedent, and I hope all of my colleagues in academia, including Catholic higher education, awaken to this danger.

I want to thank Becket Law for representing Ave Maria University in this legal action.  A university of our small size does not have the resources to fight the federal government and we are grateful to the Becket Fund for representing us without cost.  In their good hands, and with the grace of God, I am confident the Ave Maria University v. Sebelius lawsuit will be successful.