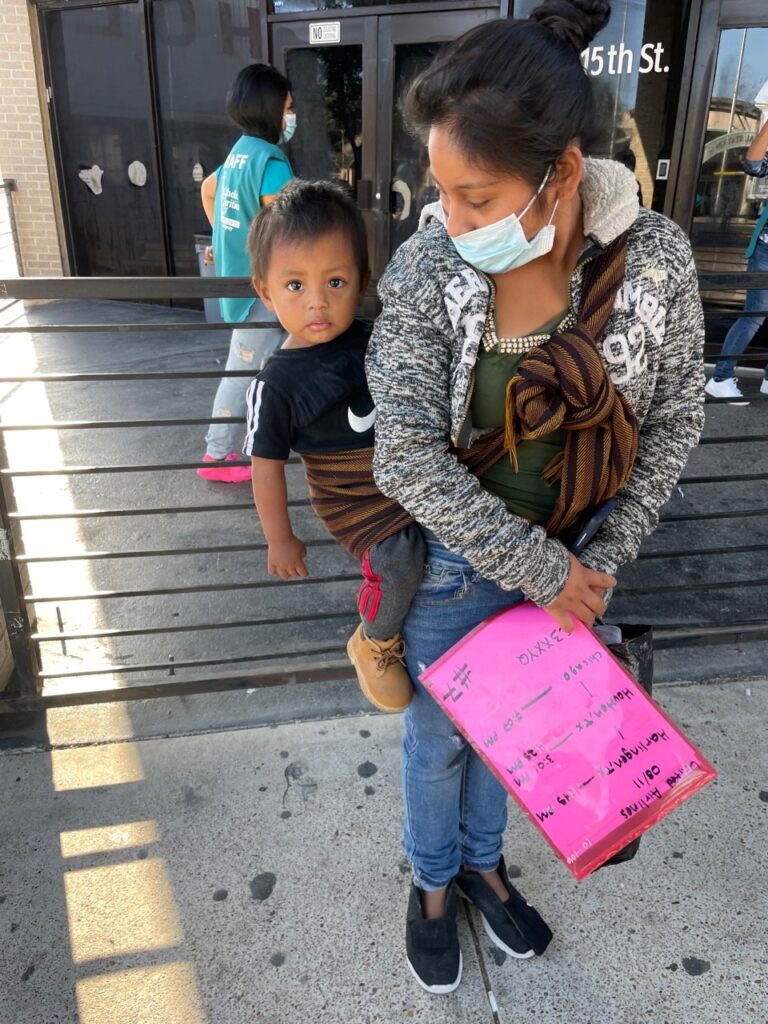 WASHINGTON – As the fight between the federal government and the State of Texas over the border escalates, South Texas Catholics and the largest temporary migrant respite center in the Rio Grande Valley are caught in the middle. They are asking a federal court to continue their religious mission of serving the most vulnerable. A hearing on the case will be held this morning in El Paso federal district court.

An executive order issued on July 28 by Texas Governor Abbott that prohibits group vehicle transportation of migrants would have the opposite of its intended effect. It means that young families, pregnant mothers, and single women crossing the border may lose access to food, clothing, a place to rest, and a free COVID test. Local Texas communities may also lose a critical partner in preventing the spread of COVID in their community.

Sister Norma Pimentel leads Catholic Charities of the Rio Grande Valley, which runs the Humanitarian Respite Center. Catholic Charities and the respite center are a ministry of the Diocese of Brownsville, headed by Bishop Daniel E. Flores. Sister Pimentel and her team provide food, clothing, medical care, and a place to briefly rest out of the heat for young women and families brought to their doorstep by federal border patrol agents. Since 2014, the Center has served over 100,000 migrants. But in July 2021, Governor Abbott issued an executive order that would stop and impound the cars of people who transport migrants in Texas, supposedly in an effort to limit the spread of COVID. Unfortunately, this order threatens to exacerbate the COVID crisis by preventing Catholic Charities from transporting COVID-positive migrants to quarantine locations. On August 3, the federal district court in El Paso issued a temporary restraining order against Governor Abbott’s order. It will now decide whether to issue an injunction against the order while the lawsuit is pending.

“Caring for the stranger in need has always been at the core of the Catholic faith,” said Eric Rassbach, vice president and senior counsel at Becket. “This order solves nothing and wrongfully endangers Catholic Charities’ religious mission to care for migrants.”

Catholic Charities tests all migrants who arrive at the respite center for COVID; those who test negative are served onsite, while those who test positive are transported to one of several hotels contracted by Catholic Charities or the City of McAllen to serve as a place to quarantine. If the respite center could no longer engage in its ministry, migrants would be dropped by federal border patrol agents at bus stations in the local community without receiving a COVID test, increasing the likelihood of community spread.

“We want to stop the spread of COVID-19 as much as the state does,” said Reverend Daniel E. Flores, bishop of Brownsville, Texas. “But for that to happen, we need the government to let us do what Christ called us to do: minister to the strangers among us in their time of distress.”

In support of the federal government’s legal challenge to Abbott’s July 28 order, Catholic Charities of the Rio Grande Valley filed a friend-of-the-court brief explaining how the order restricts religious exercise, harms migrants, and increases the community spread of COVID.

Becket is a non-profit, public-interest law firm dedicated to protecting the free expression of all religious traditions and has a 100% win-rate before the United States Supreme Court. For over 25 years, it has successfully defended clients of all faiths, including Buddhists, Christians, Jews, Hindus, Muslims, Native Americans, Sikhs, and Zoroastrians (read more here).