Sikh soldiers are back! - Becket
Skip to Content
Press Release

Link: VIDEO: Sikh soldiers are back! 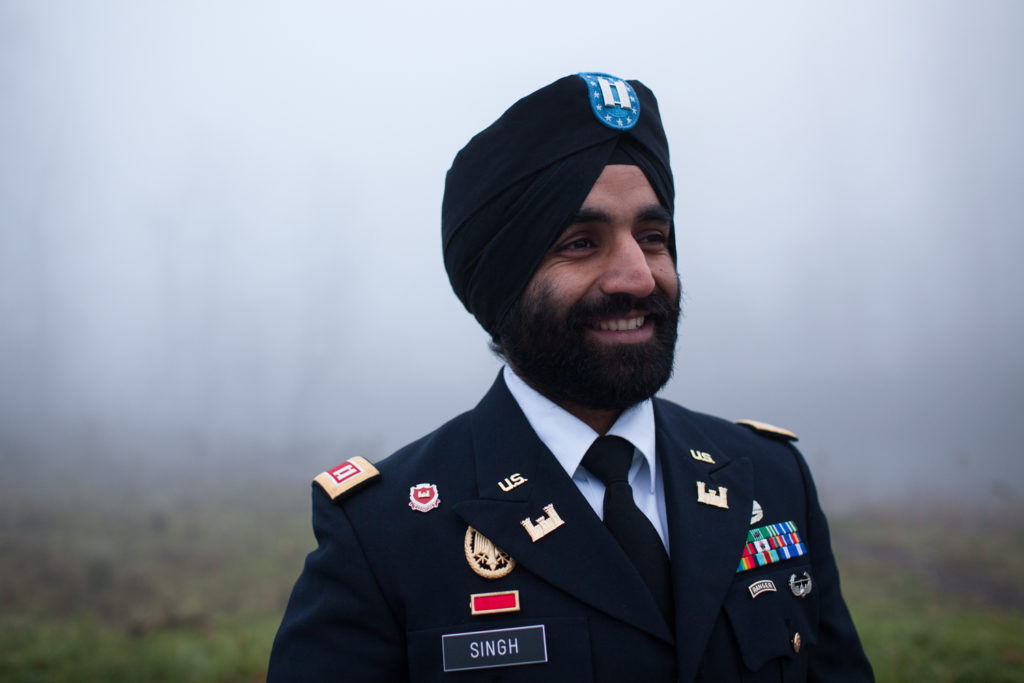 Washington, D.C. – Sikh American soldiers have finally prevailed against a three-decade ban preventing observant Sikhs from serving in the United States Army. New regulations just issued by the Secretary of the Army provide that—except in rare circumstances—sincere followers of the Sikh faith may no longer be forced to abandon their religious turbans, unshorn hair, or beards to serve their country. Resulting from years of advocacy, the new rules promise that the religious accommodations will last throughout a soldier’s career and can only be denied or rescinded by the Secretary of the Army or his designee.

“An Army with Sikhs is an even stronger Army,” said Eric Baxter, senior counsel at Becket, which represents several Sikh soldiers. “Sikhs have a history of heroic service in militaries around the world—including in the U.S. until about thirty years ago. Now their strength will be added back to the Army without the threat of forced shaves and haircuts.”

West Point graduate and Bronze Star Medal recipient Captain Simratpal Singh, along with other Sikh soldiers, faced the prospect of being forced to compromise his faith despite the fact that the military already accommodates nearly 100,000 soldiers with beards for medical or other reasons. The soldiers initially received temporary accommodations in the spring of 2016, allowing them to report to their assignments with beard and turban intact, but the Army continued to withhold assurances that they could finish their military careers. The new policy now makes that promise, with the sole restriction that soldiers may be asked to shave in the case of active tactical situations involving specific and concrete threat of exposure to toxic agents.

“While we still seek a permanent policy change that enables all religious minorities to freely serve without exception,” said Harsimran Kaur, Legal Director for the Sikh Coalition, which serves as co-counsel for Captain Singh, “We are pleased with the progress that this new policy represents for religious tolerance and diversity by our nation’s largest employer.”

“The Sikh articles of faith have always been consistent with the best of American values and we’re pleased that the burden no longer rests with Sikh soldiers to prove this through a lengthy administrative process,” said co-counsel Amandeep Sidhu, McDermott Will & Emery LLP.

Becket and the Sikh Coalition, along with co-counsel at McDermott Will & Emery, filed a complaint in February in the U.S. District Court for the District of Columbia, asking the court to permanently protect Captain Singh’s First Amendment right to keep his beard and turban while serving in the military. A second lawsuit was filed on behalf of Specalist Harpal Singh, Private Arjan Ghotra, and Specialist Kanwar Singh. Today, the Army has promised to secure their right, and the right of all Sikhs, to serve without having to abandon their faith.

Becket  is a non-profit, public-interest law firm dedicated to protecting the free expression of all religious traditions and has a 100% win-rate before the United States Supreme Court. For over 20 years, it has successfully defended clients of all faiths, including Buddhists, Christians, Jews, Hindus, Muslims, Native Americans, Sikhs, and Zoroastrians  (read more).