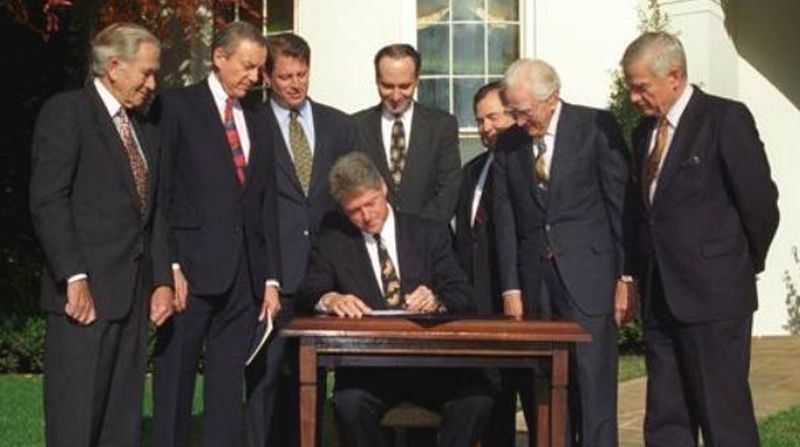 WASHINGTON, D.C. – Supported by one of the broadest and most diverse coalitions in modern political history—including over sixty religious and civil liberties groups, ranging from the ACLU to the Traditional Values Coalition, and from Americans United for Separation of Church and State to the National Association of Evangelicals—the Religious Freedom Restoration Act (RFRA) passed the House by a voice vote, passed the Senate 97–3, and was signed into law by President Clinton on November 16, 1993. In the 25 years since, RFRA has provided critical protections for religious freedom, especially for religious minorities.

Drafted in the wake of the U.S. Supreme Court’s 1990 decision in Employment Division v. Smith, which cut back long-standing legal protections for religious liberty, RFRA requires the government to satisfy a demanding legal test before it imposes a significant restriction on religious freedom. Specifically, if the government attempts to restrict religious practices, it must show that restricting those practices is the only possible way to accomplish a “compelling” government interest. This legal standard has ensured that individuals like Becket clients Lipan Apache Pastor Robert Soto could freely use eagle feathers in observance of his faith, Army Captain Simratpal Singh could fully serve his country while practicing his Sikh faith, and the Little Sisters of the Poor could continue serving the elderly poor without violating their religious convictions. Recent empirical research has shown that these kinds of protections are especially critical for small minority faiths.

The following statement can be attributed to Becket President Mark Rienzi:

“Since its passage 25 years ago, RFRA has ensured that our government can’t interfere with an individual’s religious practices. That protection is especially important for members of minority faiths, whose beliefs may be unfamiliar to government bureaucrats. In our free and diverse society, RFRA ensures that we “live and let live,” even when our neighbors have different beliefs. No matter your religious beliefs or political party, you live in a better and stronger country today because people of all faiths are free from government intrusion.”