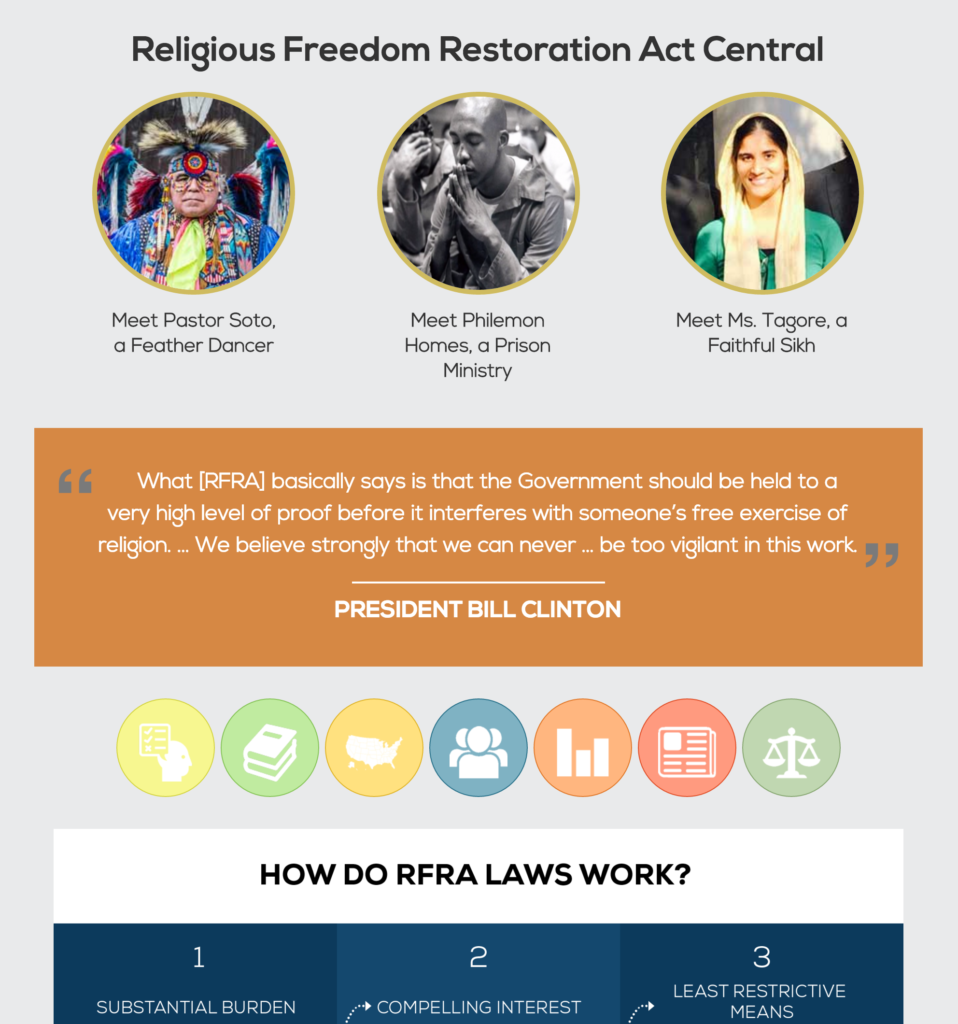 WASHINGTON, D.C. – Over two decades ago, Congress declared January 16 as Religious Freedom Day, a day for honoring America’s first freedom. This Saturday, Becket launches RFRA Central to celebrate the 230th anniversary of the “Virginia Statute Establishing Religious Freedom” – the forerunner of the Constitution’s First Amendment Religion Clauses. Thomas Jefferson considered the Virginia Statute his crowning achievement and today it lives on in laws like the Religious Freedom Restoration Act (RFRA), which gives life to the First Amendment’s guarantee that every American should be free to live out their beliefs in peace.

“On this Religious Freedom Day, we celebrate the foundational rights in the Virginia Statute championed by Thomas Jefferson and James Madison that are enshrined in our Constitution and civil rights laws,” said Hannah Smith, Senior Counsel of Becket. “RFRA plays an essential role in protecting the religious minorities of our time.”

In 1993, the same year Americans observed the first official Religious Freedom Day, Congress passed RFRA by nearly a unanimous vote, and President Bill Clinton signed it into law. The president and Congress called on American courts, through RFRA, to protect more vigorously Americans of all faiths against substantial burdens on their religious practices.

The new RFRA Central website is designed as a resource for all Americans, including journalists, lawyers and researchers, interested in learning more about this critical law.