Religion, Freedom, and the Military – A Lesson from the Founders By Daniel Blomberg, Legal Counsel at the Becket Fund for Religious Liberty 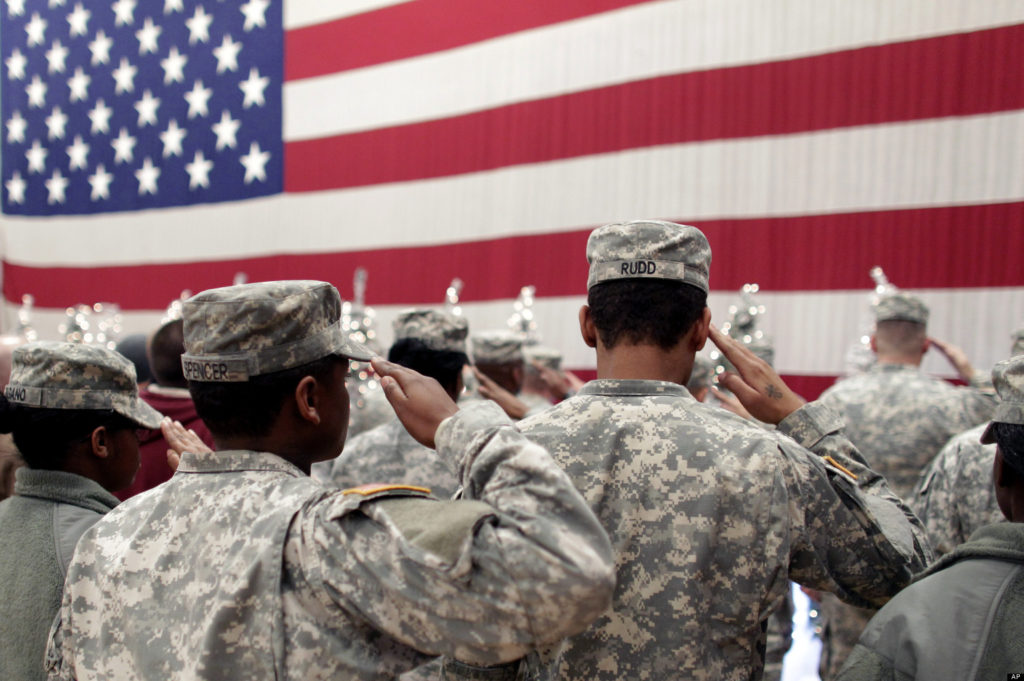 Military religious liberty has gotten a lot of attention in recent months. And well it should, since the military’s tradition of respecting religious liberty for those Soldiers, Sailors, Airmen, and Marines is one that deserves respectful attention.

Indeed, in many ways, our national commitment to religious freedom received crucial support from the military experiences of our Founders. For them, service in the military was an education in how “Massachusetts Congregationalists, Rhode Island Baptists, New York Episcopalians and Dutch Reformed, New Jersey Presbyterians, Pennsylvania members of many small Protestant sects . . . , Maryland Roman Catholics, and a scattering of Jews” could work together despite religious differences. I Anson Phelps Stokes, Church and State in the United States 267-68 (1950). To nurture this respectful religious pluralism, then-Colonel Washington requested during the French and Indian War that Virginia create a chaplain corps that could minister to the varied faith-specific needs of his troops. Id. at 268. Virginia responded with chaplains from the state’s established church and from minority religious groups—and it specifically protected the minority chaplains’ ability to express their faith. Id. Later, as commander of the Continental Army, Washington again showed his solicitude for his soldiers’ faith-specific religious needs by seeking to “give[] every Regiment an opportunity of having a chaplain of their own religious Sentiments.” Id. at 271.

Experiences such as this likely helped Washington write his famous promise of religious liberty to the Hebrew Congregation in Newport, Rhode Island—that the “Government of the United States gives to bigotry no sanction, to persecution no assistance” and, quoting the Hebrew prophet Micah, leaves peaceful members of all religions to “sit in safety under his own vine and fig tree.”

The military experiences of our Founders also helped shape institutions that guide us today on how government can respect and accommodate religious belief generally. An excellent example is the United States’ military chaplaincy, which has existed since before the founding of the country. As the Chaplain Alliance for Religious Liberty explained in a recent amicus brief to the U.S. Supreme Court,

The Founders’ esteem for the chaplaincy proved prescient. Over the following centuries, the chaplains’ corps has served at home and abroad, in war and in peace, nurturing the living, caring for the wounded, and honoring the dead. Their legacy exemplifies the First Amendment ideal that the government should accommodate public religious exercise that is pluralistic and respectful, yet in which a minister may be faithful to his or her own beliefs and denominational distinctives. Chaplains serve all in need, not only those of like faith, yet they remain true to their own creeds and callings.

President Obama recently recognized the important contributions of military chaplains by posthumously awarding the Medal of Honor to Chaplain Emil Kapaun for his service and sacrifice during the Korean War. Captured by the enemy while providing support to wounded soldiers, Chaplain Kapaun spent his captivity encouraging fellow inmates; one of his last acts was conducting a forbidden Easter sunrise service to revive their flagging spirits. Crucially, and contrary to modern efforts to drive religion out of the public square, President Obama—and, by extension, the rest of the country—honored Chaplain Kapaun precisely because of his religious service.

In sum, military religious liberty helped nurture our national respect for and commitment to religious liberty generally, and it continues to provide us examples of how government can and should honor religion’s varied and robust role in public life.