NYT: Contraception, Against Conscience “Under the Constitution and federal religious liberties law, we cannot be forced to give up our beliefs as the price of participation in the public square. That is why the Becket Fund for Religious Liberty has filed a lawsuit on our behalf seeking to overturn this illegal mandate.” 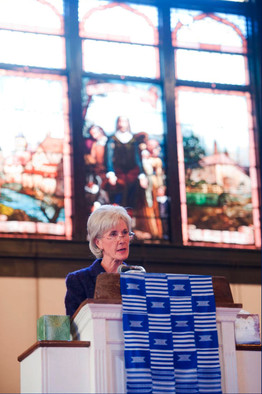 Birmingham, Ala. — THIRTY years ago, a cloistered nun named Mother Angelica Rizzo started a small television station in her garage to spread the teachings of the Roman Catholic Church. Since then the station, EWTN, has grown into one of the largest Catholic media networks in the world, but we haven’t strayed from our values. And we won’t — even though our commitment has landed us in the cross hairs of the Obama administration.

EWTN cannot comply with the recent mandate from the Department of Health and Human Services requiring the insurance plans of all employers, with the exception of some houses of worship, to cover the contraceptives and sterilization procedures approved by the Food and Drug Administration. These include emergency contraceptives like Plan B and Ella that can destroy human embryos — an act that we consider a violation of church teaching that all life is a sacred gift that begins at conception.

Earlier this month, in response to widespread opposition to the mandate, the president announced an “accommodation” for some religious organizations — like, potentially, EWTN — that would shift the responsibility for the coverage from the employer to the employer’s insurance carrier. But this would do nothing to solve the problem. First, EWTN self-insures, so we are the insurer. Second, even if we had an outside insurer, we would still be in the untenable position of facilitating access to drugs that go against our beliefs. And if we refused to comply with the directive, we could be hit with annual fines starting at around $600,000.

The administration’s supporters say that by opposing the rule, religious employers like EWTN are guilty of trying to coerce our employees and impose our values on them. But we are simply choosing not to participate in the use of these drugs. Our 350 employees, many of whom are not Catholic, freely choose to work here and can purchase and use contraception if they want to. They are aware of the values we practice, and I hear regularly from Catholic and non-Catholic employees alike how much they love working for an organization that is defined by its Catholic beliefs — beliefs that we think result in a better workplace and more expansive benefits over all.

Instead, it is the government — which does not accept EWTN’s religious choice and can punish that choice by imposing fines — that is coercing us. But under the Constitution and federal religious liberties law, we cannot be forced to give up our beliefs as the price of participation in the public square. That is why the Becket Fund for Religious Liberty has filed a lawsuit on our behalf seeking to overturn this illegal mandate.

But religious liberty isn’t even the only thing at risk; the mandate also threatens the financial viability of any organization that disagrees with the administration’s politics. They could be forced to stop offering health insurance and be saddled with fines, which are immense competitive disadvantages. They’ll have to take money away from their core missions to pay fines. They’ll lose employees who can’t afford to work for employers who offer no health insurance. They’ll lose donors who are scared off by the penalties.

Businesses will suffer, too. The mandate’s effect will be most visible on not-for-profits like EWTN. But small businesses owned by men and women of faith, which have been given no protection whatsoever in the administration’s accommodation, will also take a hit. While some charities might be able to weather the storm thanks to donations or strong endowments, these small businesses almost certainly won’t.

Mother Angelica didn’t create EWTN to be a weak Catholic voice. Our donors send us money to spread Catholic teachings, not to subvert them. The mandate makes it impossible for us to live up to that core mission, giving us the choice of either compromising our beliefs or being crushed by fines. That ultimatum is unfair, unconstitutional and repugnant — which is why we have no choice but to fight it in court.