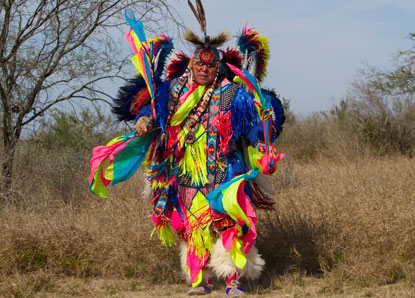 By Lori Windham, Senior Counsel of the Becket Fund for Religious Liberty

The Atlantic just published a fascinating elegy for Alfred Smith. You may not recognize the name, but if you’ve seen a constitutional law textbook in the last twenty years—or spent more than a few minutes on the Becket Fund’s website—you’ve probably heard of his case. Mr. Smith is the plaintiff in Employment Division v. Smith, a case which changed the landscape of religious freedom law in the United States. This controversial decision allowed neutral, generally applicable laws to trump religious belief—even when they placed a heavy burden on religious freedom.

The reaction to Mr. Smith’s case was swift and disapproving. Congress overwhelmingly passed the Religious Freedom Restoration Act, which restored the balancing test Mr. Smith fought for, and required the government to strike a balance between meeting its goals and burdening a fundamental right. That law passed both chambers with overwhelming majorities, and was signed into law by President Clinton. The Supreme Court later limited the application of RFRA—it applies to federal law, not state or local law—but many states responded by passing their own state RFRAs, modeled on the federal law. Since then, federal and state RFRAs have protected religious practices as diverse as keeping kosher in prison, wearing long hair in school, feeding the hungry from a neighborhood church, and sacrificing goats in a suburban garage.

It has also been used to protect the rights of Native Americans. The Atlantic article details the struggles of Mr. Smith and his tribe at the hands of the federal government. I would love to say that such troubles are behind us, but that’s not the case. Just this year, RFRA was used to protect Native Americans who use eagle feathers as part of traditional religious ceremonies. A federal agent interrupted their religious ceremony to confiscate their eagle feathers and threaten them with criminal prosecution. Their crime? Their tribe is recognized by historians, sociologists, and the state of Texas, but not the federal government. So according to the federal government, Lipan Apaches are not entitled to possess eagle feathers, even if museums, zoos, farmers and federally recognized tribes are. Sensible courts and Mr. Smith’s law, RFRA, stepped in to protect Native American religious freedom.

This history might be confusing to readers of the Atlantic article, which states that “the drafters of RFRA excluded one key religious group—the Native American Church.” I don’t know how the group factored into the drafting of the law, but Native Americans like Mr. Smith are certainly protected by the law itself. The important thing about RFRA is that it contained no carve-outs, no exceptions. That’s how the bill received sweeping, bi-partisan agreement—not to mention the endorsement of many different religious groups. No one’s religion got special privileges, no one’s bogeyman got excluded. If you’re interested in the history of this, I recommend this fascinating brief by Prof. Doug Laycock, one of the nation’s foremost religious freedom scholars. In this brief in the Hobby Lobby case, he explained the legislative history of RFRA and why it was crucial that RFRA contain no carve-outs. The Supreme Court has since used RFRA to protect a Brazilian church who, like Mr. Smith, uses a hallucinogen as part of their religious practice.

(The article is also rather tendentious in its description of the Hobby Lobby case, but that’s another post entirely.)

Despite the confusion, the article is worth a read. It’s a fascinating look at the human side of dry legal precedent, and a window into the continued struggles of Native Americans seeking to live out their faith. May Mr. Smith rest in peace, and may the law he inspired continue to protect Americans of all faiths.