Is Monotheism the Official State Religion of the United States? By Eric Rassbach, Deputy General Counsel of the Becket Fund for Religious Liberty 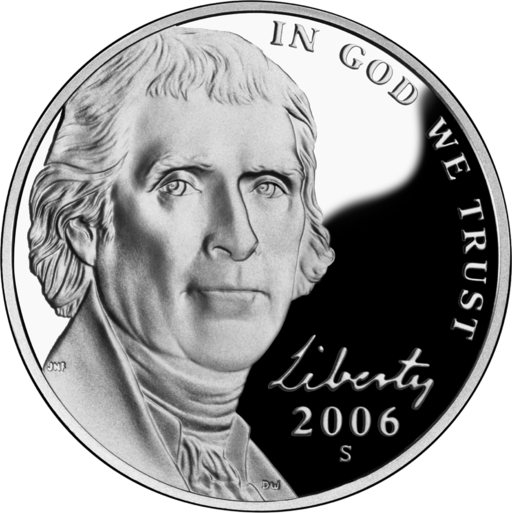 By Eric Rassbach, Deputy General Counsel of the Becket Fund for Religious Liberty That’s what atheist activist and repeat litigant Dr. Michael Newdow thinks. He’s brought another lawsuit seeking to remove the word “God” from public life, this time from the national motto, “In God We Trust.”  Those are the words that have been written on U.S. coins since the 1860’s, and are based on the fourth verse of the national anthem, The Star Spangled Banner (“And this be our motto — ‘In God Is Our Trust'”). Dr. Newdow believes that this violates the Constitution’s prohibition on an “establishment of religion,” a provision designed to prevent an official government church similar to the Church of England taking root in the United States. Specifically, Dr. Newdow thinks that this establishes the religion of “Monotheism.” Now Monotheism is not actually a religion outside the confines of Dr. Newdow’s legal briefs. There is no Monotheist liturgy or a Monotheist creed. There are no ministers of Monotheism or a Monotheist Social Services providing aid to the needy. And although the Monotheist Church exists in the Battlestar Galactica universe, it does not appear to have much of a presence in the United States. What Dr. Newdow is really doing is treating the word “God” as always-and-everywhere religious, picking a particular belief of some religions that use the word “God” and then saying that any use of the word — in the Motto, the Pledge, or the Presidential Oath of Office — therefore creates a religion founded on that belief. This is a fine example of extreme bootstrapping. First, Dr. Newdow is wrong to argue that “God” is a purely religious concept. Indeed, anyone with a basic knowledge of philosophy knows that Aristotle and other ancient philosophers treated God as a philosophical, rather than a religious concept. That’s not to say that “God” isn’t a religious term, just that it is by no means exclusively so. Second, “God” does not always mean small-m monotheism, that is, belief that there is only one God. Many religions, for example Hinduism, use the word “God” without necessarily claiming belief in one God. Third, a single belief of a religion is not itself a religion. For example, some religions say that one should strive to do “good.” If the government then uses the word “good” or says something good about doing good, does it thereby establish a religion of Do-Goodism? What about Antiprevaricationism? The truth is that Dr. Newdow’s view of what constitutes an “establishment of religion” is fundamentally silly. The Becket Fund recently filed a friend-of-the-court brief in Dr. Newdow’s challenge to the motto pointing out that it represents the “paranoid style” in constitutional litigation. The paranoid style treats every statement, no matter how anodyne, as constitutionally suspicious; there’s an establishment of religion lurking around every corner. It’s not a good basis for deciding fundamental legal questions. In our brief we go on to explain what an “establishment of religion” really was for the Founders who wrote the First Amendment: an official state church with the hallmarks of government funding, government control, government coercion, and fusion of church and state. That’s what courts should be looking for, not constitutional bogeymen. The silver lining to this story is that Dr. Newdow has consistently lost his lawsuits, resulting in precedents reaffirming that God is not a dirty word. So perhaps the right advice for Dr. Newdow is: Just because you’re paranoid doesn’t mean God’s not out to get you.