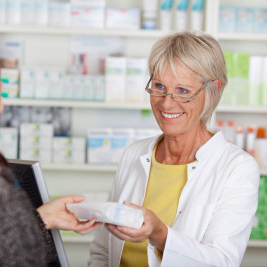 Washington, D.C. — The Ninth Circuit Court of Appeals has scheduled the oral argument in Stormans v. Wiesman for November 20, 2014 at 2:00 p.m. The case involves a family-owned pharmacy and two individual pharmacists who cannot dispense the morning-after or week-after pills because of their religious beliefs. Becket, together with former Tenth Circuit Judge Michael McConnell, the law firm of Ellis, Li, & McKinstry, and Alliance Defending Freedom, is representing the plaintiffs, who face the loss of their pharmacy license and exclusion from their profession for acting according to their conscience.

Who:
A family-owned pharmacy and two individual pharmacists vs. the State of Washington

You can listen to the oral argument live stream here. (Click the bottom link for 11/20/2014 at 2:00 PM in the Portland Pioneer Courtroom).

Becket is a non-profit, public-interest law firm dedicated to protecting the free expression of all religious traditions. For over 20 years, it has defended clients of all faiths, including Buddhists, Christians, Jews, Hindus, Muslims, Native Americans, Sikhs, and Zoroastrians. Its recent cases include two major Supreme Court victories: the landmark ruling in Burwell v. Hobby Lobby, and the 9-0 ruling in Hosanna-Tabor v. EEOC, which The Wall Street Journal called one of “the most important religious liberty cases in a half century.”For more information, or to arrange an interview with one of the attorneys, please contact Melinda Skea at media@becketlaw.org or call 202.349.7224.