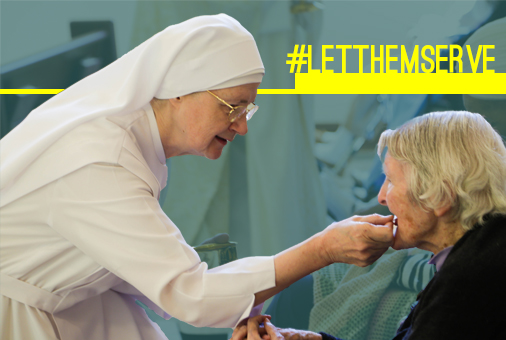 WASHINGTON, D.C. – Moments ago the Supreme Court announced it will hear  oral arguments for the Little Sisters of the Poor in the consolidated cases of Zubik v. Burwell  on March 23rd. The High Court, will decide whether the Little Sisters of the Poor, an order of Catholic nuns who have dedicated their lives to caring for the elderly poor, and other faith-based ministries can be forced to change their healthcare plans to offer drugs that violate their religious beliefs when those same drugs could be made available through healthcare exchanges.

After promising that the Little Sisters’ religious beliefs would be protected, the government created a new regulation requiring the Little Sisters change their healthcare plan to offer drugs that violate Catholic teaching.  One third of U.S. workers are employed by secular companies (e.g., Exxon and Visa) that the government has exempted from having to provide these same drugs in their plans because those employers did not try to update their health plans under ACA and are “grandfathered.”

The Little Sisters of the Poor are represented by Becket. The case will be argued by leading Supreme Court advocate Paul Clement.

Oral Arguments for the Little Sisters of the Poor in Zubik v. Burwell

For more information or to arrange an interview with a Becket attorney, contact Melinda Skea at media@becketlaw.org  or 202-349-7224. Interviews can be arranged in English, Chinese, French, German, Portuguese, Russian and Spanish.