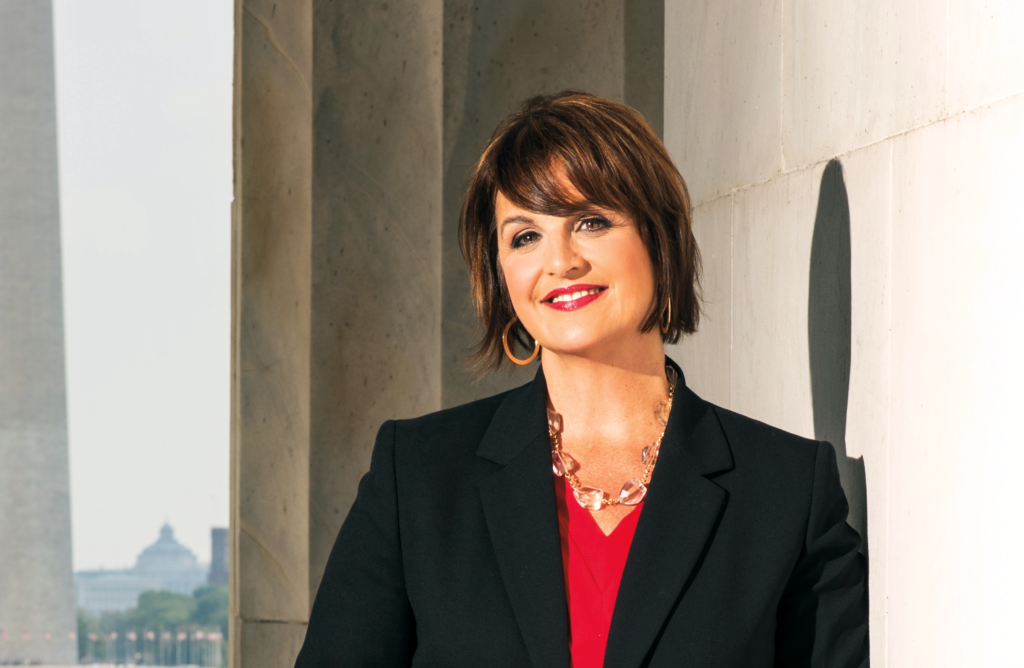 WASHINGTON, D.C. – Kristina Arriaga, senior advisor to Becket’s board and member of U.S. Commission on International Religious Freedom, will be honored tonight at the Newseum’s 2017 Free Expression Awards. Arriaga was chosen for the Religious Freedom Award for her lifelong work protecting the free expression of all religious traditions in the United States and around the world.  The Newseum presents the awards annually to those who exhibit passion for and dedication to free expression.

“The only way to protect our right to live according to our deeply held convictions is if we all become a little less concerned with being offended and a lot more concerned with challenging ourselves to have a robust debate of ideas,” said Kristina Arriaga de Bucholz, recipient of the 2017 Newseum Institute Free Expression award. “It is our birthright to have religious freedom but it is also our duty to protect that right for everyone–even for those with whom we disagree.”

Arriaga’s career began in D.C. working for U.S. Ambassador José Sorzano at the Cuban American National Foundation. She went on to become an advisor to the U.S. delegation to the United Nations Human Rights Commission where she worked on raising awareness of the plight of Cuban political prisoners with former political prisoner, Ambassador Armando Valladares.

Arriaga served as the executive director of Becket from 2010 to 2017, where she led a team of lawyers and communications professionals to victory in groundbreaking Supreme Court religious liberty cases including the recent case involving the Little Sisters of the Poor, an order of nuns who take care of the elderly dying poor, Holt v. Hobbs, a case about the rights of prisoners, Hosanna Tabor v. EEOC, a case involving separation of Church and State, and Hobby Lobby v. Burwell, a case regarding the right to run a family business. Arriaga was recently appointed to the United States Commission on International Religious Freedom (USCIRF).

“No one is more deserving of this award than Kristina. She has successfully fought for the religious freedom of individuals around the world,” said Bill Mumma, president of Becket. “Under her leadership, Becket has protected the rights of diverse individuals of faith to practice according to their conscience. As a current commissioner of USCIRF, her efforts are invaluable to the cause of religious liberty.”

The Award ceremony will take place tonight at the Newseum. For more information, visit www.newseum.org/freeexpressionawards.com.

For more information please contact Melinda Skea at mskea@becketlaw.org or 202-349-7224.

Becket is a non-profit, public-interest law firm dedicated to protecting the free expression of all religious traditions and has a 100 percent win-rate before the United States Supreme Court. For over 20 years, it has successfully defended clients of all faiths, including Buddhists, Christians, Jews, Hindus, Muslims, Native Americans, Sikhs, and Zoroastrians (read more).