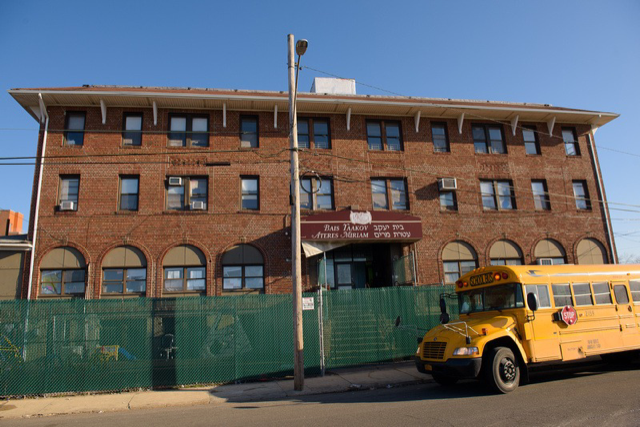 WASHINGTON – Yitzchok and Chana Lebovits, who send their daughters to Bais Yaakov Ateres Miriam (BYAM) – an Orthodox Jewish school for girls– are taking New York’s Governor Andrew Cuomo and New York City’s Mayor Bill de Blasio to court today over new COVID restrictions intended to close religious schools in Orthodox Jewish communities. In Lebovits v. Cuomo, with help from Becket and the Jewish Coalition for Religious Liberty, Yitzchok and Chana are asking the court to end Cuomo’s unscientific and discriminatory targeting of the Orthodox Jewish community and allow their children to get back to the classroom.

On October 6, following an increase in COVID-19 cases that Governor Cuomo admitted “would be a safe zone” in many other states, the state imposed new indefinite lockdowns on a select number of zip codes in New York that target the Orthodox Jewish community. The new restrictions have completely banned in-person instruction at BYAM and other schools in Jewish neighborhoods in New York City—stripping parents of their right to direct the religious education and upbringing of their children. The restrictions come after months of Cuomo and de Blasio scapegoating the Jewish community for the spread of COVID while praising nearby mass protests. Last week, a federal judge in New York found the new restrictions to be specifically targeting the Orthodox Jewish community.

“We are devastated for our daughters and their classmates who are needlessly suffering because of the Governor’s policy,” said Chana Lebovits, mother of two Bais Yaakov students. “Governor Cuomo should not take away part of my daughters’ childhood because other people are afraid of Orthodox Jews. We hope the court will let our daughters go back to school so they can pray and learn together with their classmates.”

Beginning in March, BYAM voluntarily transitioned to remote learning to protect its neighbors and in compliance with the law. In the months that followed, the school spent thousands of dollars equipping teachers with the resources they needed to effectively teach over Zoom. Nevertheless, remote learning proved to be a poor substitute for in-person instruction. Students have suffered academically. Teachers have reported alarming regression in reading skills, had to reteach prayers, and are requesting last year’s math textbooks. Since reopening, BYAM has followed rigorous health and safety protocol, including masking, social distancing, and daily temperature checks—the result of which has been zero COVID cases in the school.

Since its founding in 2012 BYAM has worked to instill the value and tradition of Orthodox Judaism in the next generation of women. Religious education is a centuries-old tradition that is indispensable to practicing the Jewish faith and passing it on to the next generation. Communal prayer, participating in bible studies and engaging in group projects designed to instill ethical values are all just some of the vital activities BYAM provides for its girls. These opportunities simply can’t be fulfilled through telelearning and the new lockdown orders threaten the vitality of BYAM’s traditions and the religious messages they convey in the lives of the girls that attend.

“There is no place for bigotry in the Big Apple,” said Mark Rienzi, president and senior counsel at Becket. “By Cuomo’s own admission, schools are not significant spreaders of COVID-19, and the new policy was not driven by science but was made from ‘fear’—fear of Orthodox Jews. Cuomo and de Blasio need to follow the science, follow the law, and stop scapegoating Jews. The Mayor and the Governor should be ashamed.”